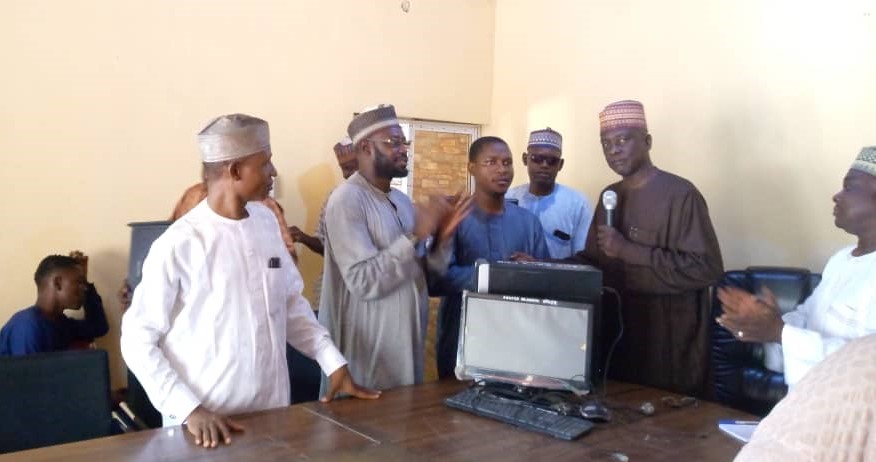 Presenting the digital items to the benefiting chapels at the NUJ Council Secretariat, the Chairman, Comrade Abbas Ibrahim said the gesture is to support the Chapels to enhance productivity and professionalism in the discharge of their duties.

He advised journalists to be solution providers in all ramifications, saying “journalists must at all times be ready to put the public interest first.

“They must be ready to proffer solutions for the betterment of the society.”

Comrade Ibrahim said it is the responsibility of journalists to focus more on development rather than sensational reportage.

He further explained that, for any journalist to be different, he must distinguish himself from quacks in the industry by upholding the profession’s code of ethics.

He revealed that ahead of the 2023 election, the NUJ Kano Council will engage relevant stakeholders to cultivate the culture of journalistic practice to ensure the safety of journalists during and after the elections.

He then enjoined beneficiaries of the digital devices to judiciously use them in their respective newsrooms, promising to extend the gesture in batches to other chapels in the state.

Some got two sets of desktops while others benefited with one.

The Secretary of Radio Nigeria’s Pyramid 103.5 FM Chapel, Mohammed Abba Kwaru commended the effort of the State Council, “this will encourage journalists in the state to develop their skills,” he added.

Mohammed Maikudi Marafa of the State Ministry of Information expressed his Chapel’s gratitude for the support to journalists, adding that, the desktop will be of immense help in the newsroom.