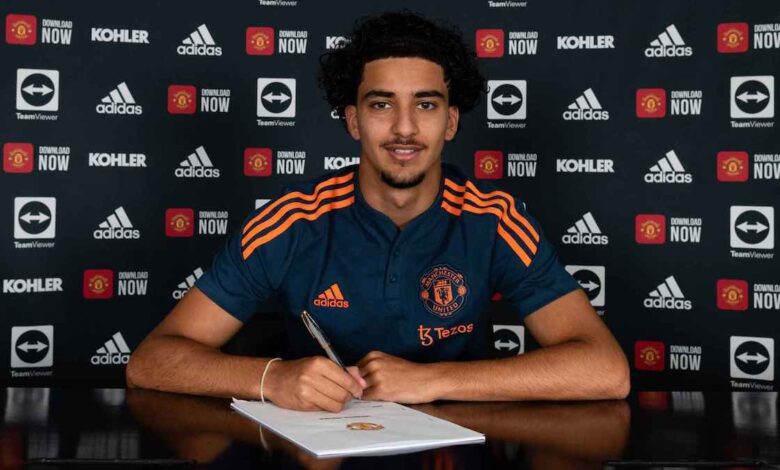 Manchester United extended the contract of Zidane Iqbal just six months after the young Iraq star player made his Champions League debut. The 19-year-old played against Young Boys in the UEFA Champions League group stage in December and was also drafted into Erik ten Hag’s maiden training squad on Monday.

Zidane Iqbal Extends Contract with Manchester United
Zidane Iqbal was born in Manchester England but he plays for Iraq.
He was called up to the Iraq national team earlier this year and has attained two caps.
The star player who said former Arsenal and Real Madrid star Mesuit Ozil is his idol in the midfield has signed a contract extension with the club.

United are expected to announce another academy contract renewal. They are currently preparing for the start of their pre-season friendly schedule. The Under-21s have already arranged games against Kidderminster Harriers and Altrincham.

Alejandro Garnacho is also in discussions about an improved deal even though he is contracted to United until 2025.
Garnacho scored seven goals in six games during United’s triumphant FA Youth Cup campaign and debuted for the first-team in April.
(Everyevery)