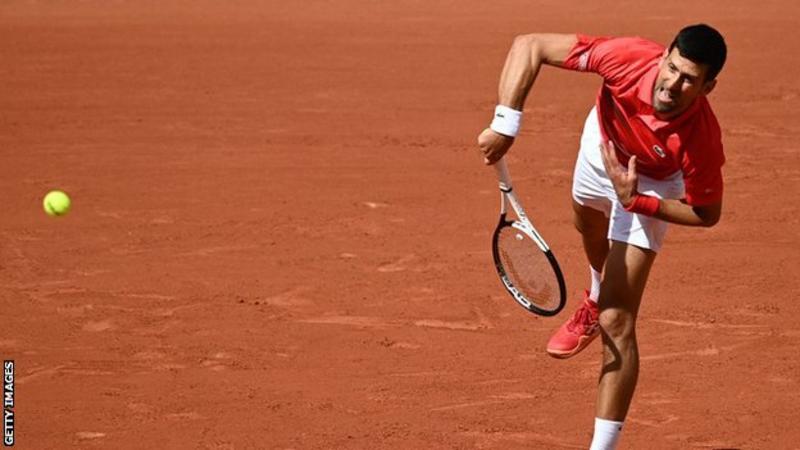 Djokovic is aiming to win a seventh title at SW19, which would take him one behind Roger Federer’s men’s record.

“I’ve said this before but this court is truly special, for me it has always been the court I dreamed of playing and winning and all my childhood dreams came true here so it’s an honour and pleasure to be back on Centre Court,” said Djokovic.

On winning 80 matches at Wimbledon, he added: “This sport has given me everything, I owe a lot to the sport and I love it still with all my heart.

Djokovic pulls through as Kwon rises to Centre Court occasion
As tradition dictates, defending men’s singles champion Djokovic was elected to begin proceedings on Centre Court as the Championships returned with full capacity crowds on Monday.

The 35-year-old world number three is the favorite to retain the title once again in the absence of top-ranked Daniil Medvedev – banned following Wimbledon’s decision to deny entry to Russian and Belarusian players – and the injured Alexander Zverev.

He overcame a spirited opponent to back up that billing and set up a second-round meeting with Australian Thanasi Kokkinakis or Pole Kamil Majchrzak.

It was 24-year-old Kwon who landed the first blow to the delight of an excitable Centre Court crowd, stunning the top seed with a break to 15 and again surrendering just a single point as he employed impressive variety to consolidate a 3-1 advantage.

But Djokovic settled in, breaking back before another allowed him to serve out the opening set with a five-game streak.
Undeterred, Kwon, who won his sole ATP title to date in Astana last September, responded with a break for 3-1 in the second set and impressively saw off three break points from a 0-40 deficit to hold in the following game on his way to levelling the contest.

Encouraged by the crowd as he continued to apply pressure in the third, the South Korean was unable to clinch a break point in the fifth game – allowing Djokovic to strike late on and retake the lead.

They proved crucial moments, as Djokovic, having saved a break point in the opening game, eventually asserted himself in the fourth set.

A single break proved enough for him to earn a record-breaking win at SW19 and come through this tricky first-round encounter.

Alcaraz comes through epic Struff battle
Spanish teenage sensation Carlos Alcaraz continues to attract attention as one of the sport’s most promising young talents, having demonstrated his huge potential by reaching the second major quarter-final of his career at Roland Garros in May.

With two ATP 1000 titles from Miami and Madrid also to his name in 2022, along with a 32-4 win record, there are high expectations on his return to Wimbledon as the fifth seed.

It is, however, only his second tour-level tournament on grass, and he faced a tough challenge against the experienced Jan-Lennard Struff under the Court One roof before eventually prevailing in five sets, 4-6 7-5 4-6 7-6 (7-3) 6-4.

Having lost the first and third sets, Alcaraz showed great composure to keep himself alive in the contest by winning seven of the final eight points in a must-win fourth-set tie-break.

With a deadly serve and the crowd fully invested behind him, the 19-year-old world number seven clinched the decisive break in the ninth game of the decider to ensure he equalled the second-round appearance he achieved on his Wimbledon debut last year.

The Spaniard took the opening two sets and had three match points in the third, before Hurkacz fought back and looked on course for a fine turnaround.

He was serving for the match at 5-4 ahead in the fifth set, but then lost his serve although he then appeared in control of the final set tie-break.

However, Davidovich Fokina won six of the last seven points to win in three hours 28 minutes to set up a second-round tie against either Argentina’s Federico Coria or Jiri Vesely of the Czech Republic.

“Really I don’t know how I won this match,” admitted Davidovich Fokina.

“This win means a lot to me. I had a lot of matches against players in the top 10 and have not won, but here on grass I’ve proved I can beat anyone.”
(BBC)