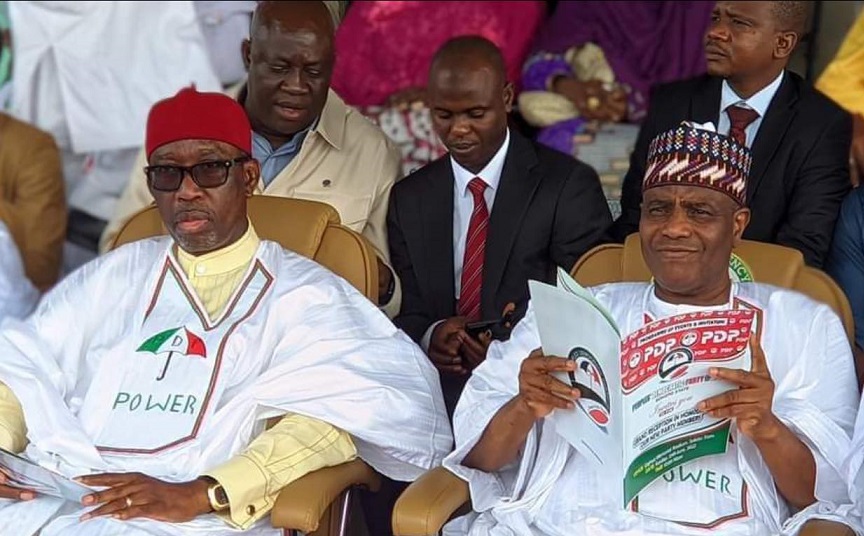 The People’s Democratic Party (PDP) Vice Presidential candidate, Dr. Ifeanyi Arthur Okowa has reaffirmed his firm belief that the country shall remain one indivisible entity despite the attempts by the All-Progressives Congress (APC) to balkanize it.

In the same breath, Okowa, who is the incumbent Governor of Delta state, assured Nigerians that the mission and vision of the PDP and its Presidential candidate, Alhaji Atiku Abubakar is to ensure that Nigeria remains united.

Tambuwal’s Special Adviser Media and Publicity, Muhammad Bello in a statement on Sunday said Governor Okowa made the remarks in Sokoto when he received scores of APC stalwarts who brought hundreds of their underlings in a swift move to dump their party and join the PDP.

“PDP as a party,” he noted, “is a family that stands on the side of truth for Nigeria, unlike APC that wants to scatter it.”

Emphasizing that: “It is time to rescue our country and rebuild it,” he recommended that: “the rebuilding process has to start now. It is not for the Governor (of Sokoto state) alone. All of us have to work together to recover this country from those who want to destroy it.”

He pointed out that “there are some people, not in the PDP, who want to contest elections, but they don’t believe in one Nigeria. Nigeria can never be destroyed,” he added.

“I bring greetings from our leader and your son; our Presidential candidate, Alhaji Atiku Abubakar. He asks me to tell you that next year when he would have won the election, he would start to rebuild this nation and ensure that wherever you are from, we are one people,” he said.

According to the statement, turning to his mission as a running mate, he said it is the same as that of his party and Alhaji Abubakar. “In my state, I have people from Sokoto, Jigawa, Katsina, Yobe, Borno… and we live and work together as one. Go and ask them. We don’t discriminate against them, because we believe in one Nigeria. And, we know that you also believe in one Nigeria.”

“Unfortunately, APC has tried to divide our nation,” he stressed, noting that the ruling party has only foisted insecurity, ASUU strike, unemployment, and many other problems on the country, which it must be rid of before it can progress.

So, for him, “Nigeria needs a man with experience and knowledge, who is ready to rescue it. Atiku is the right man,” he offered, as “the APC government has failed us.”

To the party switchers, whom he thanked profusely, he said “we are bringing back our brothers who have seen the light: and, “we will work together with you and ensure that the greatness of the nation is restored.”

In his remarks, Governor Tambuwal re-emphasized his commitment to the success of the PDP, Alhaji Abubakar, and Gov. Okowa in all the forthcoming 2023 elections. 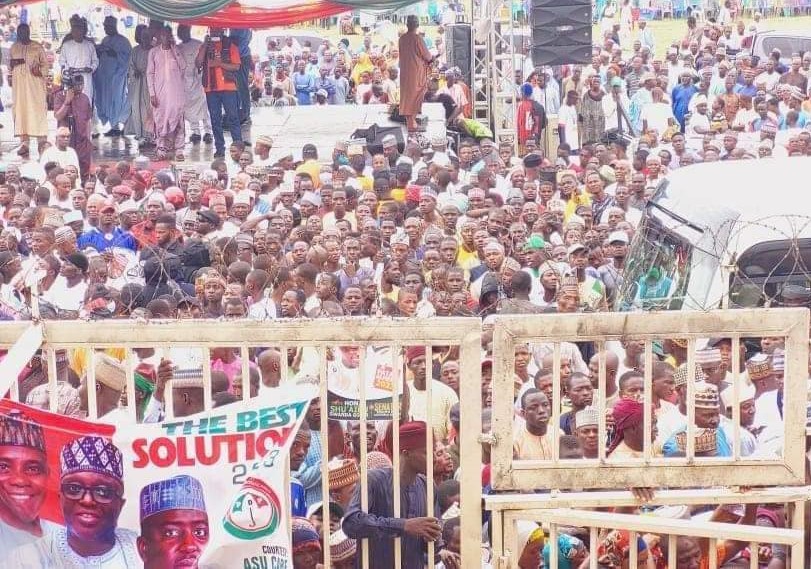 “We shall, collectively, by the grace of God, run a synergy towards delivering our candidate and his running mate; God willing, as the President of the Federal Republic of Nigeria, Alhaji Atiku Abubakar and Vice President, come Feb. 2023.

“We are determined to work for the future of our party at all levels. I appeal to members of the party to accept our brothers and sisters who have returned home as an integral part of the (PDP) family in Sokoto state,” he appealed.

The Governor chided the APC for taking a long time on the issue of bringing out a running mate,

wondering how it is then going to address the myriads of problems and challenges the country is facing if it is again entrusted with the leadership of the country?

“They brought us into this mess and they have no capacity to take us out. They’re not organized. They’re not patriotic. They don’t have the people in their heart,” he observed, urging eligible Nigerian voters to go and register and exercise their rights when it is time to elect candidates of their choice, just as he thanked the defectors for their effort.

The statement revealed that those who defected to the PDP are ex-Acting Governor of Sokoto State, who also held sway as the former Speaker of the State House of Assembly (SOHA); and, is currently a Member of House of Representatives, Rt. Hon. Abdullahi Balarabe Salame, the incumbent Speaker of SOHA, Rt. Hon. Aminu Mohammed Achida; and, an ex-Minister of Transport; Youth and Sports; who was also the Director-General of (President) Buhari Campaign, Hon. Yusuf Suleiman.

Others are Hon. Yusuf Isah Kurdula, Sen. Bello Jibrin Gada (OFR), Hon. Aminu Bello ACY, Hon. Murtala Maigona and Hon. Abdullahi Hassan; is a serving member of the House of Representatives, an ex-Minister/legislator, an ex-Commissioner, a serving member of SOHA, and an ex-local government Chairman respectively.

And, Alhaji A.A. Gumbi and Alhaji Yahaya Dallatu, both Sokoto-based businessmen, the former who sought the APC governorship ticket in the state; and, the latter who until he switched was the State APC Treasurer, were joined by Alh. Abu Baki Illela, the State APC Vice Chairman (East) and a media practitioner, Alh. Hassan Sahabi Sanyinnawal, to change their party affiliation.

The APC stalwarts and their subordinates were ushered into the PDP by its Vice-Presidential Candidate, Governor Ifeanyi Arthur Okowa of Delta state.

Governor Okowa, who expressed delight with the huge defection, said on his social media platforms that: “it’s great to be in Sokoto State to join my dear friend, Governor Aminu Waziri Tambuwal, at a grand reception to welcome our new party members who defected from the APC!”

The event, which took place at the Giginya Stadium in Sokoto town, was also witnessed by members of the PDP National Working Committee led by the Deputy National Chairman (North), Amb Umar Iliya Damagum, and other top government officials in Sokoto and beyond.