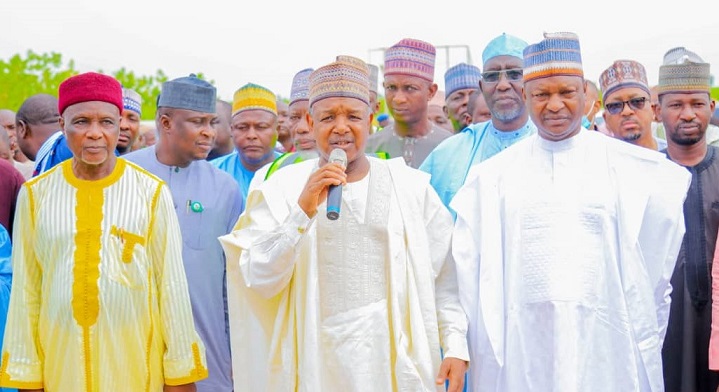 They comprised pilgrims from Bagudo, Jega, and Dandi Local Government areas as well as state and Federal Hajj officials.

The pilgrims are being airlifted aboard an Airbus A340 plane registered as Lion Air.

Addressing the pilgrims at the airport, Birnin Kebbi, Kebbi State Governor, Atiku Bagudu informed them that they were the first batch to travel to the Hajj from the state after two years of inaction arising from the Covid-19 pandemic which placed a restriction on a sojourn to the pilgrimage worldwide.

He advised the pilgrims to pray fervently while in the holy land for peace, security, and tranquility in Nigeria as well as the emergence of good leaders come 2023 general elections in the country.

Bagudu advised the pilgrims to feel comfortable both inside the aircraft and in Saudi Arabia throughout the period of the Hajj, saying they should seek the attention of appropriate health or welfare officials whenever the need arises. 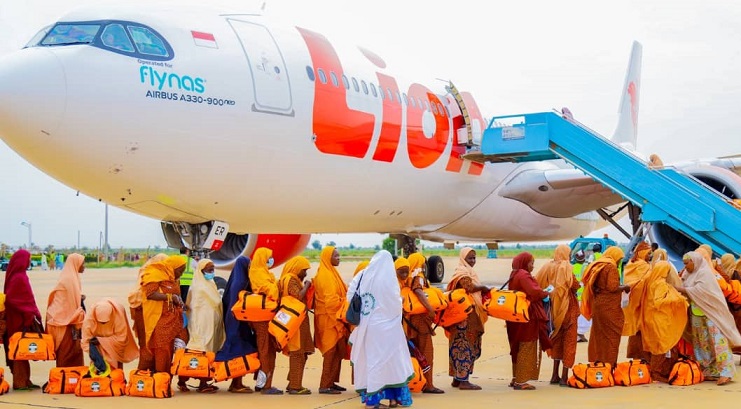 The governor told them that his administration has made the necessary arrangement to cater to their well-being in Makkah and Madinah, urging the pilgrims to take proper care of their money and Hajj documents including passports.

He, therefore, thanked the Minister of Justice and Attorney General of the Federation, for accepting to serve as the state Amirul Hajj to this year’s pilgrimage for the benefit of humanity in spite of the enormity of his schedule of duty in his office.

In a remark, the Chairman, Kebbi State Pilgrims Welfare Agency, Alhaji Haruna Maitandu gladly informed the Governor that all the departing pilgrims were in possession of their Basic Travel Allowance, BTA, and essential documentation.

The Chairman made it clear that as a result of the effective economic policy implementation by the administration of Governor Bagudu which enhanced wealth creation among the people, Kebbi State received the highest number of Hajj seats of two thousand, one hundred and thirty-three among the entire Northern states, including Kano.

In his sermon to the departing Pilgrims, the State Amirul Hajj, who doubles as the Minister of Justice and Attorney General of the Federation, Abubakar Malami (SAN), expressed appreciation to Governor Atiku Bagudu for affording him an opportunity to serve his people as the leader of government’s delegation to Saudi Arabia for this year’s pilgrimage.

The Minister was thankful to the Governor for facilitating good arrangements for the Hajj exercise on securing good accommodation, the welfare of pilgrims, and their Basic Travel Allowance, BTA.

Malami said the comfortability of the pilgrims has been sufficiently protected, explaining that members of the official delegation to the Hajj, comprises of security experts, judicial staff, medical doctors, and other health personnel as well as experienced civil servants who would be solely devoted to the service of the pilgrims.

The Amirul Hajj, therefore, cautioned pilgrims to take proper care of their BTA and avoid bearing the luggage of other people to avoid falling into the hands of drug trafficking.

He warned that the punishment for drug trafficking in Saudi Arabia was a death sentence which made it highly obligatory for the pilgrims to always strictly monitor the contents of their luggage.