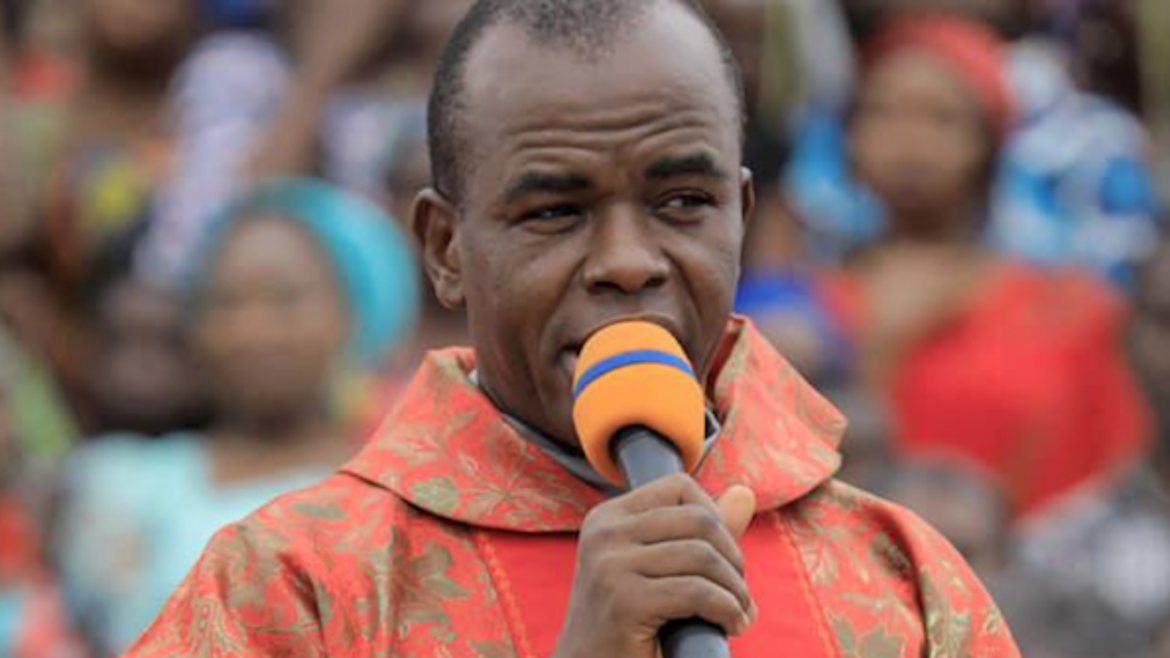 The Spiritual Director of Adoration Ministry Enugu Nigeria (AMEN), Rev. Fr. Ejike Mbaka, has said there are no plans to attack the Bishop of Enugu Diocese, Bishop Callistus Onaga following the shutting down of the prayer ground.

Mbaka stated this while reacting to a viral video during a recent protest by members of Mbaka’s Adoration Ministry, in which one of the parishioners, later identified as Elijah, threatened to kill Bishop Callistus Onaga of Enugu Catholic Diocese for shutting down the Adoration Ministry. The protesting parishioners were also seen chanting ‘Onaga Must go’.

During a live video on the ministry’s Facebook page, Mbaka who said he is currently on a personal retreat following the controversies surrounding his outbursts said the Adoration ministry had no plan to attack the bishop.

The controversial clergyman claimed that the said Elijah who made the utterance to kill Bishop Onaga is a verified psychiatric patient who should not be taken seriously.

He said, “I wish to do a disclaimer over the utterances that are going around that Adoration people planned to attack Bishop Onaga. It is not true.

“The man called Elijah who made the dangerous utterance is a certified and verified psychiatric patient.

“Elijah used to be naked but by the grace of God, he now wears clothes. He is known for threatening people even though after the threat, he will not do anything. That is his own way of making money from people.

“This is the kind of person he is. He even wanted me to make him the president or else he would kill me.

“He has said several times that he wants to remove Bishop Onaga and become the Bishop of Enugu Diocese. Is this the person you can regard his utterances? No attack or plan to attack the Bishop from the Adoration Ministry. Whoever is thinking of that, I wash my hands off it”.