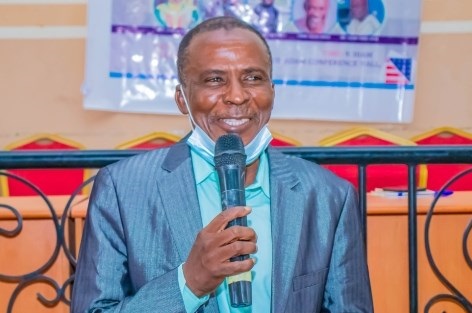 From independence to 2000, all Nigerians experienced about telecommunication infrastructure and services was public ownership. We remember the days of the P and T, the monolith, which instead of providing services, was rather contributing to enriching the English Language, such that many Nigerians believe that TOS (and even had its past tense, tossed), was a genuine English word, confusing it with the English word Toss.

Few could remember that it actually stood for “temporarily out of service”. Because it was perpetually tossing the lines, resulting in them being tossed(!), and the fact that to get a phone line, you had to pay expensively for a survey to see how the cable from the exchange could come to your office or house, David Mark, then a serving military officer and Minister of Communications could declare that telephone was not for the poor.

The irony of course was lost in that here was a public institution for which those who have a supervisory role on it say it should only cater to the rich, and the poor should go and beat drums or a gong.

With the takeover of national policy-making space by such front organizations as the World Bank/IMF and the World Trade Organization, a new orthodoxy, of the market as the cure-all solution, became dominant in the late 1980s and the new gospel became that we needed to privatize all publicly owned investment. We were told that private ownership could make life abundant and the telephone could become also for the poor.

And, the government organized an auction and gave licenses for private investors to roll out their own networks, and with time NITEL become moribund and a carcass, with public officers lining up to dubiously claim to be its inheritors, the baby chameleons who had to kill their mother in order to prosper.

Once privatization became the new thinking, government-speak changed. No longer was the egregious declaration that the telephone was not for the poor because now they needed the poor to also have it. There is no contradiction here. The logic was the same. Investors need to make a profit and the only way they could make profits was to maximize the number of users, thus driving traffic and since the rich was and is still, only a tiny drop in the population, the poor became a potential market.

But this is not to say that there is no counter logic, which is that telecommunication could be useful for the poor. It was this other logic that prompted the United Nations General Assembly to initiate the campaign for digital inclusion with the slogan of “Leave No-one behind”.

There was also another logic behind the expansion of the telecommunication infrastructure. With the advent of GSM, the service providers, as well as equipment manufacturers, found that their home markets in Europe were already nearly saturated and had no potential for easy profits. This was why they suddenly became the friends of Africa and the poor in Africa, that we all must have access to a telephone.

They invaded the virgin markets of the continent, preaching the new truth of public disinvestment, even when their own public corporations such the British Telecoms and its French counterpart (both public corporations) were going for shares in privatized similar corporations in African countries and for years, Africa was recording the fastest growth in tele-density, even as it was still lagging behind.

But growth in a linear model can never go forever. Sooner than later, it flattens and saturation could be reached. And it did not take for this to occur with providers failing to capture the poor, and the poor remaining excluded.

The mobile networks providers soon found that they have expanded to all the profitable locations and what is left are those that are not profitable: areas of low population density, communities that are too poor to spend a few minutes saying hello to each other on the phone and areas that are too difficult to reach.

The result is that in spite of the claim of universal GSM coverage, we found a number of communities across the country that lacked access to mobile signals, or the signals are too weak, even after climbing trees and mountains to make calls. These are the communities that the government preferred to call “underserved and unserved”.  By its assessment, there are about 114 such communities with a combined population of about 50 million people.

So, what is to be done about these communities that are not profitable for the investors? Is the government going to eat its pie and return to some public ownership? Or will it continue to bemoan the failure of the market to meet this critical national need, impotently doing nothing? Global best practice suggests a different path. Ownership is not just either public or private.

There is a third layer, which is community ownership, that is distinct from both public and private ownership models. Communities have a long history of coming together to pool resources and endowments to seed and own their own infrastructures, providing services that they need by themselves. Such telecommunication infrastructure is referred to as community networks.

Community networks have proved to be veritable means of promoting digital inclusion and addressing the many dimensions of the digital divide. They do not require government budgeting or coercing private investors through a carrot and stick strategy to address digital unprofitability. They have many advantages. One of them is that because they are community planned, implemented, and managed, they allow for greater control and autonomy over telecommunication infrastructure.

They give communities opportunities to unpack and remake technology, providing better conditions for learning and democratization of the expansion of the frontiers of technology. As they involve people at the grassroots, they allow for experimentation and allow people to innovate and demonstrate their creativity. Community networks make people learn more about technology and see technology more as a social tool for problem-solving than just a mere artifact.

They also add value to the major telecommunication players in that they are able to generate traffic in areas that hitherto are “trafficless” and deliver them to the networks of major players, thus mopping new revenue. In turn, they also convey and deliver traffic from the major players to their communities, adding to the revenue mopping. Community networks bring many more digital solutions such as eHealth, eLearning, e-commerce, etc to communities that are excluded.

Finally, their services are more affordable. Why is it more affordable? The reason is that they are not set up with profit as the central element. And their sustainability is assured not through monetary dividends but through the new opportunities they bring to the communities.

For instance, community networks in unserved areas easily improve access to education, as members of the community could have access to e-learning platforms and online educational opportunities.

They improve access to healthcare, bringing medical practitioners who are not particularly located in the communities and thus bring new skills, knowledge, and practices that are outside the communities. Healthcare seekers could engage with providers elsewhere via telephone and internet, guaranteeing cheaper and faster interaction between patients and healthcare providers.

They also bring opportunities for new businesses, thus creating jobs that hitherto could not have been possible. In the end, community networks are not only tools for digital inclusion but also economic inclusion and for addressing poverty and educational marginalization.

The technology for community networks is not as complex as that of MTN. In a number of countries, where community networks have taken root, governments have found ways to help them provide cheap services while remaining relevant to the needs of their communities.

For instance, the effective utilization of the TV white space is one particular opportunity that many countries have allowed for the use of community networks. Low-cost microwave backhaul technologies in both license-exempt and licensed frequencies have also easy cheap access by community networks to fibre optic point-of-presence.

In Brazil, Mexico and India, communities use bamboo to build and erect telecommunication towers in place of steel structures that are expensive, heavy to deploy, and too difficult to transport in areas where transportation is poor.

The government has long stated its commitment to digital inclusion and ending the ridiculous presence of underserved and unserved topologies on our cyber map. It has understood the benefits that comes with ending the digital divide both for itself and for the citizens.

It has even articulated a national digital transformation agenda in addition to the National Broadband Plan, both of whose objectives cannot be realized when nearly half of the population is digitally left behind.

Is it too much to ask the government to quickly come up with a national policy on community networks so that those communities that have been organizing and want to set and manage their digital infrastructure could do so? It may well be the legacy that Prof Ali Pantami leadership of the Ministry of Communication and Digital Economy is being beckoned to bequeath to posterity. In his relentless search for innovation, he is sitting on one key innovation that will open up the flood gate of innovations at a community level. Dare him to try and there is a whole world of innovation to win.

Ya’u is Executive Director, Centre for Information Technology and Development (CITAD), wrote in from Kano.