Tears as gospel singer Osinachi Nwachukwu is laid to rest 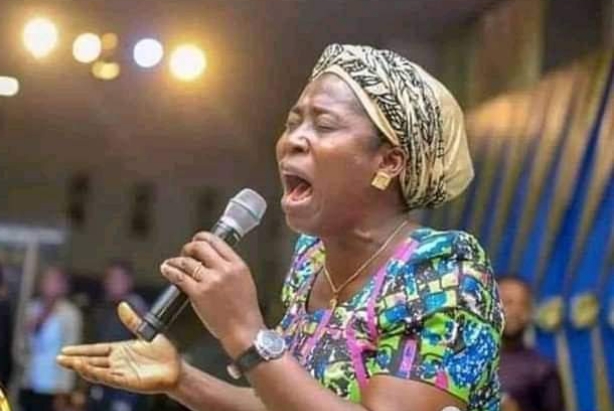 Nigerian gospel singer Osinachi Nwachukwu has been laid to rest.
The singer’s body arrived in her home town Amakpoke Umuaku community, in Abia State on Saturday, June 25, 2022, for interment.
Nwachukwu passed away mysteriously in April 2022 at the age of 42 years.

She was survived by a husband and four children.
Osinachi as she was fondly called was a lead singer at the Dunamis International Gospel Centre.

Until her death, many of her colleagues and close associates pointed fingers at her husband, Peter Nwachukwu, as they accused him of being responsible for the music star’s death.
According to them, the suspect was always subjecting the deceased to domestic violence, which consequently led to her death.

The late singer’s husband has since been remanded in prison as he is being arraigned over her death.
(Pulse)