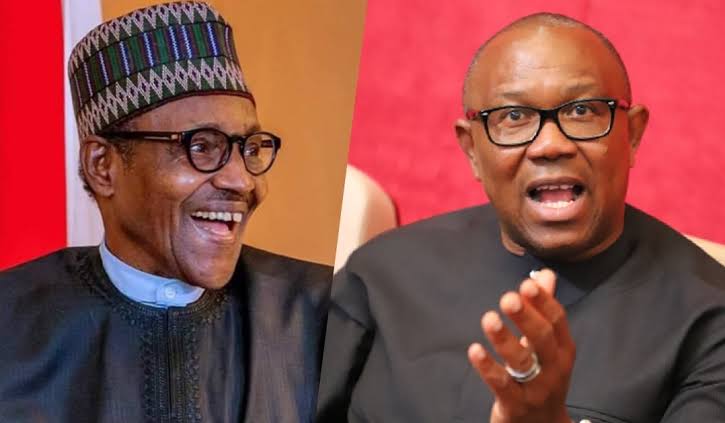 In Nigeria, even when there is no hero, we tend to create any. This is perhaps why a 23-year-old son of mine recently asked me if I was, Obi-dient?

The young man who fancies himself a social media citizen is not aware that I was already internet-savvy before he was born.

That is why with the benefit of hindsight, one can recall how the political phenomenon of President Buhari was created on social media. The same is now being repeated with Peter Gregory Obi.

The only difference is that I will not fall for the same political scam twice. With all due respect to the bespectacled duo, Buhari and Obi are overhypes – political dreamers.

As Dolly Parton and Kenny Rogers would admonish in another context, “….don’t fall for a dreamer cause he’ll break you every time,”

Agreed, according to Victor Hugo, “Nobody can stop an idea whose time has already come”, but the idea that has come in Nigeria through Mr. Obi is – “Away with the old guard.”

He is merely a symbol of that welcome paradigm shift and not its Messiah because “Nobody can change the system from within” as, “Anybody who rides the tiger ends up in its belly” – the esteemed President Buhari is living proof of exactly that!

What Nigeria needs is a kind of systemic change that the 1999 Constitution cannot provide the enabling environment for. There has to be a national overhaul.

What does Nigeria mean to you and me?

For quite a majority of us, it is interpreted as North, South, Christian, or Muslim. Simply put, we are yet to evolve an affirmative national identity;

Nigeria simply is a territory with a state apparatus for internal plunder, and a fountain of petrodollars which altogether provide a habitat for a multi-ethnic noyau.”

My son and his other younger one has been at home for over 130 days due to the ASUU conundrum with neither Atiku Abubakar nor Bola Tinubu giving them and the nearly other 2 million undergraduates and their close to 80,000 lecturers any flicker of longstanding hope if elected.

Interestingly, not even the said Peter Obi has articulated any assurance yet.

When I asked Abba, what is it about Peter Obi? He answered, “Daddy, he is authentic and looks genuine”

Now wait a minute, isn’t that what we similarly described the current chief tenant at the Villa 8 years ago?

Even others chose to pretend to forget, we have certainly seen this movie before!

There has to be an honest conversation and rigorous debate on the future and trajectory of Nigeria instead of meaningless cycles of electoral circles with nothing fundamentally ever-changing despite those always elected into office giving assurances of progress and development.

This is because, “Men are so much dominated by their immediate needs that a deceitful man will always find plenty who are always ready to be deceived.” – Niccolo Machiavelli (1469-1527)

So here is the deal before I transit from an erstwhile Buharist, self-confessed wailer to a wannabe Obi-dient:

If Peter Obi is out to chart a way forward, I shall remain teachable. But if, however, he is just out to win the election just like the other guy, then he is on his own!

Good rainy morning from here in Zaria, my friends.

Cristiano Ronaldo not for sale despite reports