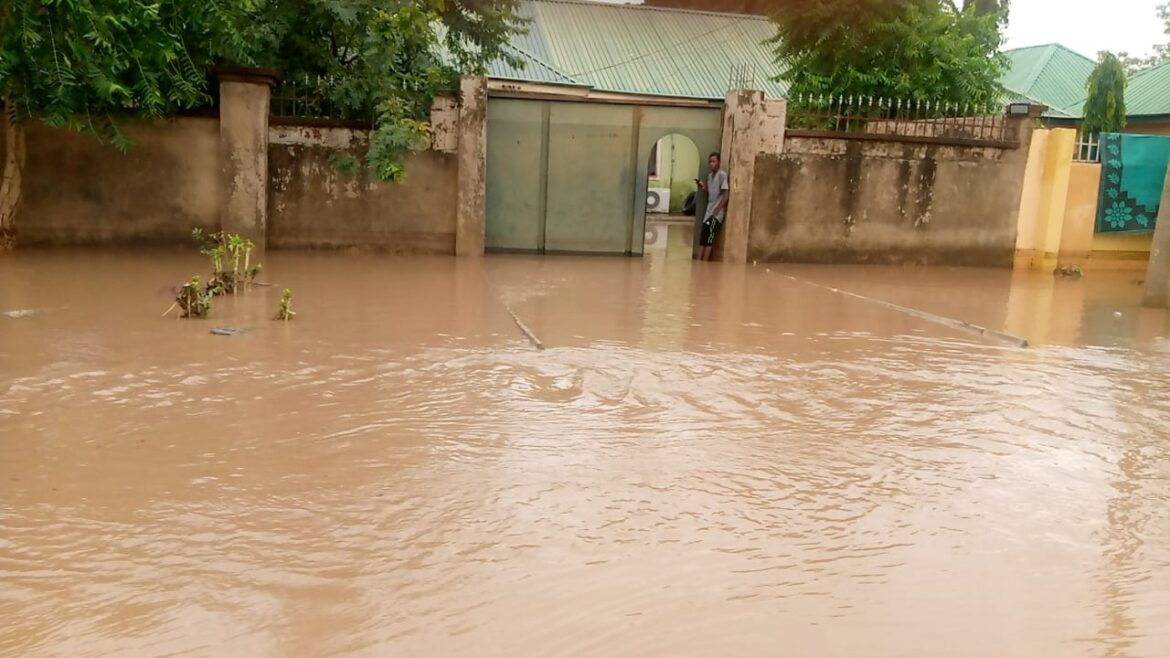 The heavy rain which started from 3:20am to 8:30am on Sunday threatened lives of the residents.

Chairman of the Estate Association, Abdullahi Hamza Usman lamented the situation, saying “this is not the first time we are experiencing the problem.”

“But this is the first time we are experiencing worst of its kind as properties worth millions of naira including animals such rams and chicken were destroyed by the flood.

This is almost four years that we have been calling on government to come to the rescue but up till now there is no response, he added.

He said government should do it’s possible best to divert the water by constructing culvet along the road beside the wall of the Estate.

“Government and relevant stakeholders should do something about the situation.

“When the flood started I had to call the State Fire Service to come to our rescue; they did their best.”

The Chief Imam of the Estate, Dr. Abdulkadir Saleh Kazaure said the situation today is critical as almost half and a quarter of the houses could not be accessed and household were unable to prepare food as a result of the flood.

He then called on the state government to take necessary action to avert future occurrence of the flood.

Man Utd close in on transfer of Frenkie de Jong