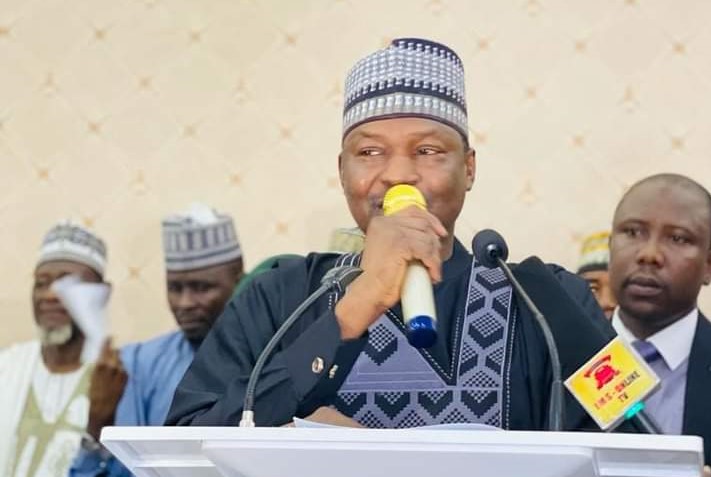 The Hon Attorney General of the Federation and Minister of Justice DR Abubakar Malami SAN has assured the people of the Kebbi that he will continue to support and provide humanitarian services to every nook and cranny of the state.

Dr. Abubakar Malami SAN made these remarks at the political gathering and an interactive session with 682 registered organizations at the Safar Hotel Birnin Kebbi.

In a press statement by the spokesperson of the Khadimiya said the Minister expressed appreciation to the associations for the cooperation and understanding they have been showing to him for a very long time and urged them to extend the same support to the All-Progressives Congress, APC, at all levels.

Malami, founder of Khadimiyya enumerated some of the achievements recorded under his Foundation to include the construction of more than 300 motorized boreholes, facilitation of credit facility for more than six thousand entrepreneurs, skills acquisition programs, agricultural intervention, Covid -19 loan facility, providing employment opportunities to teeming youths in the State amongst others.

Malami also thanked Governor Bagudu for his relentless efforts in making lives better for the people of the State.

He assured the associations that their unalloyed support to him and by extension to the APC will not go in vain, saying that mobilization drives for the Party members will continue to be intensified to ensure that the APC presidential candidate and all other standard-bearers of the party emerge victorious in the forthcoming 2023 general elections.

He also called on the associations to embark on an aggressive enlightenment campaign on the need for the prospective voters to obtain the permanent voters’ card.

In his remarks, Governor Abubakar Bagudu described AGF Malami as a worthy ambassador who represents the State at the Federal Executive Council with an exceptional pedigree as he contributed immensely to nation-building.

Bagudu eulogizes some of the humanitarian activities of AGF Malami especially his intervention in AGSMIES, Covid 19 credit facility, construction of boreholes, Health care services, and Job creation amongst others. 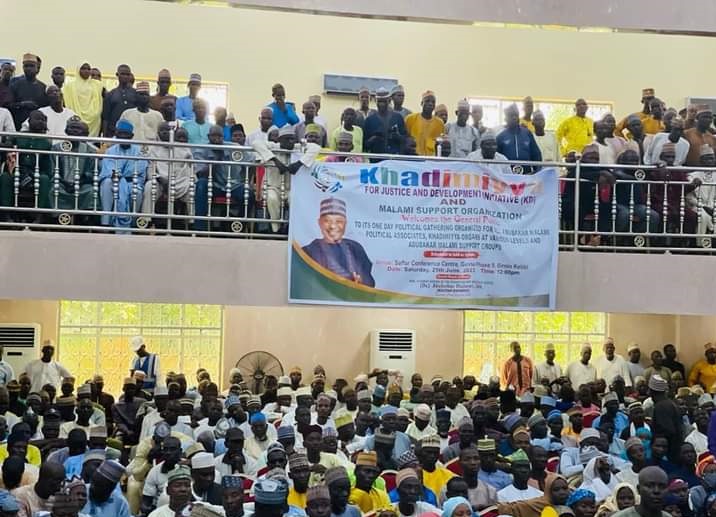 He further commended the Minister for his patriotism stressing that Malami always considers Nation-building above his interest.

He prayed to Almighty Allah to elevate Malami to a higher position soonest.

The Chairman of the Progressive Governors Forum described the large turnout of the supporters of Malami as a clear testimony of his acceptance amongst the people of the State.

Also speaking, the Khadimiyya BOT Chairman, Abubakar Usman Gotomo described AGF Malami as a good son of the soil who always has the interest of the people at heart saying these unique qualities gave birth to the Khadimiyya and Kadi Malami Foundations to solely provide educational support, Social amenities, Job opportunities, portable drinking among others to the people of Kebbi State and beyond.

He said Khadimiyya and Kadi foundation will not relent in providing such services, especially to the downtrodden.

Gotomo also assured the 682 associations that their political interests will be protected under the APC-led administration, saying that their concern in the future political movement of AGF Malami is highly appreciated and that he will not let them down.

The Khadimiyya BOT Chairman also told the political associates of AGF Malami that the political career of the justice minister will continue to flourish at the national level and home considering his acumen and pedigree describing him as a great asset to the Tinubu’s candidacy.

Other people who spoke during the political gathering include Kebbi State APC Chairman, Former Kebbi State Deputy Governor, Bello Dantanin Argungu, and Malami Abdulkadir (Maajin Gwandu) who all called on APC presidential candidate Bola Tinubu to consider AGF Malami as the best choice for his running mate considering the Justice Minister’s capacity to deliver massive votes for the APC at the polls.