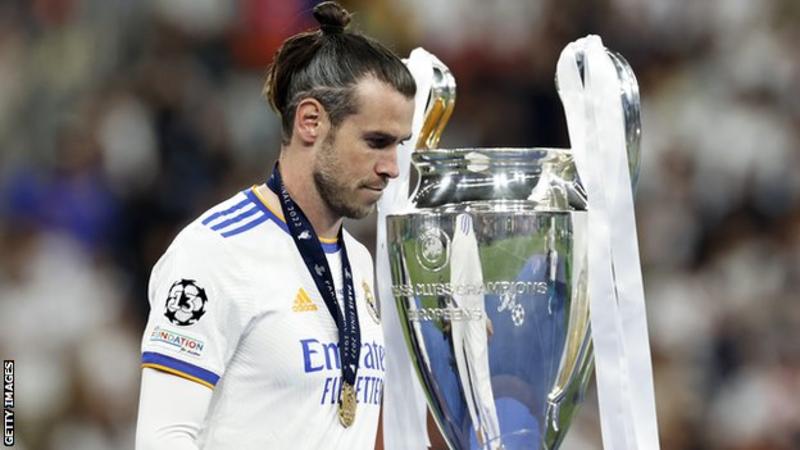 Forward Bale, 32, is currently a free agent having left Real Madrid after nine years in Spain.

The five-time Champions League winner had been linked with a return to Tottenham Hotspur as well as a move to home-city club Cardiff.

But Bale’s representatives have confirmed he is close to securing a move to LAFC.

The signing of Bale, who joined Real Madrid for a then world-record fee of £85m in 2013, is set to follow LAFC’s move for Italy defender Giorgio Chiellini earlier this month.
There was speculation that Bale would end his playing career had Wales missed out on qualification for the 2022 World Cup.

But after Robert Page’s side booked their place in Qatar by beating Ukraine in their World Cup play-off final earlier this month, the only question about Bale’s future was which club he would join.
There had been suggestions Bale would opt to join Cardiff, with his agents confirming earlier this week that they had held talks with the Championship club.

Cardiff share a training ground with the Football Association of Wales, which would have allowed Bale to continue working closely with Wales’ medical and fitness staff while on club duty.

But he is instead heading for the MLS, where the season runs from February until October and the competition’s secondary transfer window opens on 7 July.

LAFC, who are managed by former USA international Steve Cherundolo, are currently top of the MLS’ Western Conference and have 19 regular-season games to play.

The end-of-season play-offs follow, with the season-ending MLS Cup final to be played on 5 November – 16 days before Wales’ World Cup campaign begins with a game against the USA.
(BBC)