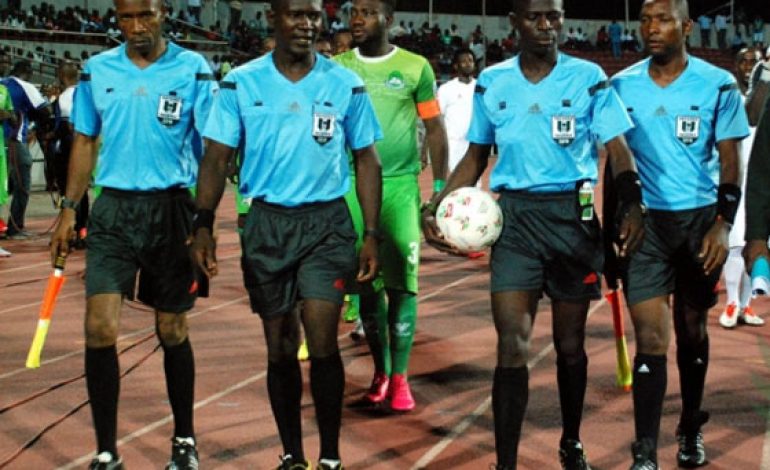 The attention of the Nigeria Referees Association, NRA, has been attracted to recent developments in the domestic leagues which attempt to not only impede the progress made by the referees’ body to ensure good officiating but also have become a threat to the lives of members.

As the ongoing NPFL, NNL and NLO matches are getting close to the finishing points, it has come to the knowledge of the NRA that clubs and their officials are intensifying various forms of unorthodox practices to ensure the outcome of matches is in their favor, especially at the home front.

A statement on Friday by the National Publicity Secretary, Nigeria Referees Association, Kelechi Mejuobi said reliable information available to the NRA has it that all manners of misconduct and unsporting behaviors targeted against the match officials have become the tactics of teams and officials to ensure they maintain the obsolete “win at home” syndrome.

These unapproved approaches include harassment, intimidation, verbal insults, and physical assaults on the referees.

The NRA wishes to use the opportunity to condemn the recent post made by an official of an NLO team on social media, where a threat to kill, a referee was revealed to the public.

More disturbing are regular pockets of induced ferocious attacks on NNL referees at match venues while the bizarre action of Kano Pillars FC of Kano Chairman, on Thursday’s NPFL game in Kano, (Kano Pillars vs Dakkada) is another sad commentary of the vicious tackles against referees.

The premeditated plans of club officials to use violent conduct as means to disrupt free and fair officiating have increased to a worrisome dimension forcing the association to call on the affected authorities for urgent actions.

In view of the above, the NRA, after a critical review of the unfolding ugly scenario is calling on the Nigeria Football Federation, NFF, the League Management Committee, LMC, organizers of the NNL, and NLO to kindly intervene by putting adequate measures against the menace.

Apart from asking for a revision of the operational rules guiding attacks on referees by teams and their officials, NRA advocates for strict penalties to be adopted as a panacea to checkmate the growing theatre of absurdities.

The NRA is therefore calling for adequate security at venues for all the matches its members shall be involved.

In the meantime, the NRA has admonished members involved in the officiating of matches to go by the rules of the competition and FIFA laws of the game.

The president of the NRA, Otunba Tade Azeez warned the referees to eschew acts not in conformity with the code of conduct and integrity clause of the NFF/NRA. Referees facing threats at match venues are enjoined to call the attention of appropriate quarters.