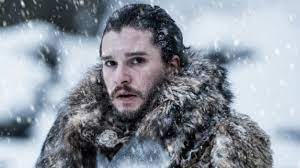 The network has reportedly entered early development on a Jon Snow sequel series, according to The Hollywood Reporter. Even bigger: Kit Harington is apparently attached to reprise his role as the bastard son of Lord Eddard ‘Ned’ Stark.

We last saw Jon Snow in the divisive eighth and final season of Game of Thrones. He discovered his true name is Aegon Targaryen, making him a potential heir to the coveted Iron Throne. Instead, he gets himself exiled and returns to the snowy plains North of the Wall, where he rejoins his old Wildling pals.

HBO now has a whopping seven Game of Thrones projects in the works, not including the House of the Dragon prequel series, premiering Aug. 21. The series focuses on House Targaryen and takes place two centuries before the events of Game of Thrones.

Other projects — all prequel series — include 10,000 Ships, 9 Voyages, and Dunk and Egg, which all have showrunners attached. There are also animated prequel projects, including The Golden Empire, set in China-inspired Yi Ti.