European leaders to back Ukraine’s bid to join EU 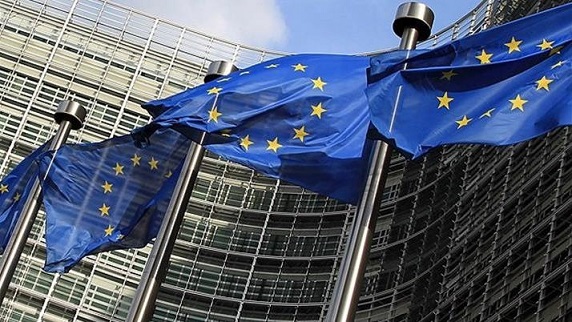 The 27 leaders of the European Union countries are expected to support granting EU candidate status to Ukraine and Moldova at a two-day summit being held in Brussels Thursday and Friday, according to a senior EU official.

Speaking to journalists in Brussels Wednesday, the EU official said, “I have not seen a problem on granting candidate status to Ukraine,” and lauded the work of European Council President Charles Michel.

But the senior official added: “I would like to tell you that ‘it’s a done deal’ and ‘it’s easy,’” but after years of working inside the EU, institutions didn’t want to be drawn on a definitive answer.”
Separately, a senior diplomat from an EU country said that “Ukraine and the Commission have done a great job” in preparing for Ukraine’s bid to start the long process of joining the EU, and the diplomat’s country was “happy with the report on the table.”

The diplomat tamped down expectations, saying that granting Ukraine candidate country status “doesn’t mean that we can advance, side-tracking everything which is normally on the table. That is not the case, and I think is not fair.”

When asked about a timetable for Ukraine becoming a full EU member state, the diplomat said that “I think the only one who can set a timetable is Ukraine, because Ukraine has to adapt, to transform, reform, and under the present circumstances, we understand that priorities lie elsewhere.”
(CNN)

Portable involved In a Fight again