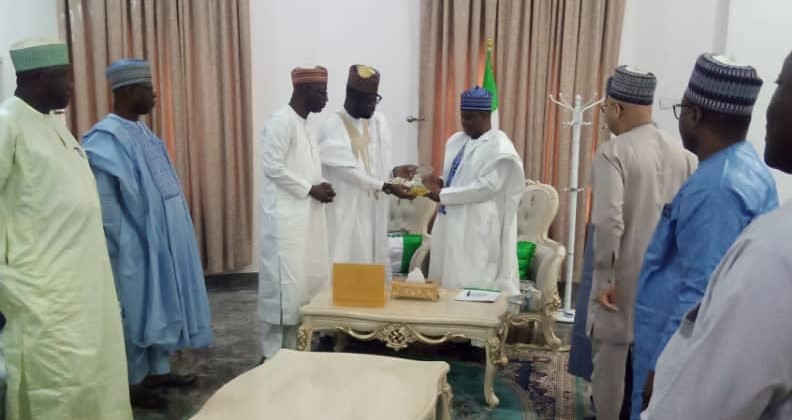 Governor Aminu Waziri Tambuwal of Sokoto state has observed that despite being a stakeholder in the Kaduna Electricity Distribution Company (KAEDCO), details of the state’s return on its investment in the company have been dismal and opaque.

Nonetheless, Gov. Tambuwal assured the company that his administration is ready to deepen its relationship with the company to ensure its repositioning and success.

In a statement by the Special Adviser Media and Publicity to the Governor, Muhammad Bello said Tambuwal remarked while receiving the new Managing Director of KAEDCO, Engr. Yusuf Usman Yahaya and his entourage on a courtesy visit at Government House, Sokoto on Tuesday.

According to him, the company, in which the state government is a critical stakeholder, has not been forthcoming with details of its activities and dividends accruing to the Sokoto state government from its operations.

This notwithstanding, Tambuwal assured the company that his administration is willing to continue working with it to encourage it to tackle the myriads of challenges it is facing currently.

In this regard and view of the near completion of the 38 megawatts Independent Power Project (IPP) the state government inherited from its predecessor, the incumbent administration, stated the Governor, is poised to work closely with KAEDCO.

“We will seek collaboration and partnership with you on this project, which completion has been challenging, for the benefit of the people of Sokoto state and Nigeria in general,” Tambuwal said.

He also advised the federal government to work together with the private sector to fix the problem of power in Nigeria.

He said this has been done in many countries and could be done in Nigeria, stressing “that there is a need to do everything humanly possible to get it right in the power sector.”

“As long as we don’t get the power sector right, we should forget any meaningful progress, especially in the world of development,” he added.

Tambuwal further explained that it is very disappointing that till now Nigeria is still where it was before power sector reforms. “We are backward and not going forward in terms of generating, transmitting, and distributing power in Nigeria,” Tambuwal emphasized.

In his remarks, the new Managing Director of KAEDCO, Eng Yusuf Usman Yahaya, said they were in the state for a stakeholder meeting organized by the Nigeria Electricity and Regulatory Commission (NERC).

While highlighting some of the challenges the company is facing, he thanked Gov. Tambuwal for the support and cooperation being extended to it by the state government.