-As 3 suspects are arrested for producing fake motor vehicles documents 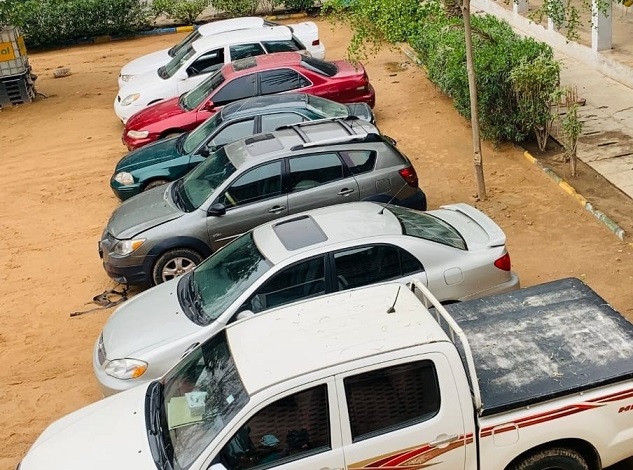 The Police in Kano says in continuation of a case of suspected motor-vehicle theft. One Odinaka Godwin and two others were arrested in possession of 9 pairs of motor-vehicle number plates, adding that a total of ten 10 motor-vehicles were so far recovered.

A statement by the Command’s Spokesperson, SP Abdullahi Haruna Kiyawa in a statement on Friday said the Commissioner of Police, CP Sama’ila Shu’aibu Dikko had directed that seven (7) of the recovered stolen Motor Vehicles were handed over to owners, whereas, the following motor vehicles are yet to be claimed;

The Police are calling on anyone whose motor vehicle was stolen and discovered above should report it at the PPRO office, Bompai Police Headquarters Kano, or contact 08168629521, 08105359575.

According to the statement, a discreet investigation also led to the arrest of one Abdulra’uf Olalade, 57 years old Fagge Quarters Kano.

“The suspects confessed to having specialized in producing fake motor-vehicle documents.

“A discreet investigation is in progress after which suspects will be charged to court for prosecution.”

In the statement, CP Sama’ila Shu’aibu Dikko reiterates that criminals will have no hiding place in Kano State.

“They are advised to either repent or leave the State completely. Otherwise, they will be arrested and face the full wrath of the law,” he warned.

The CP also thanked the good people of Kano State for their prayers, encouragement, continuous support, and cooperation, urging residents to continue to pray for the State, and the Nation and report incidences to the nearest Police Station, and not take laws into their hands.

Rigorous patrol and raids of criminal hideouts and black spots will continue throughout the State, as the Command will sustain the ongoing “Operation Puff Adder,” the CP assured.