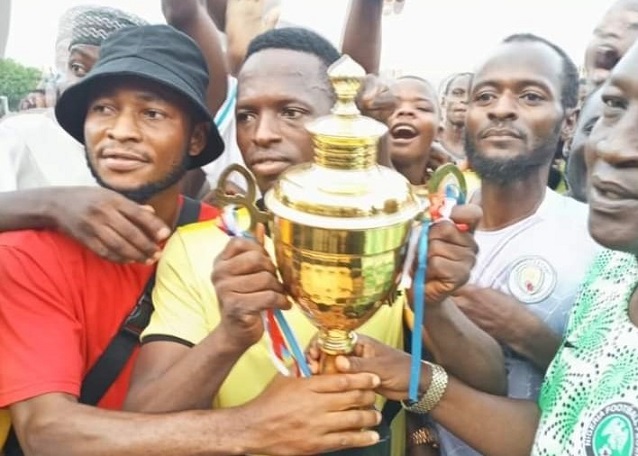 The clash was decided between the old foes in the finals at the Pantami Stadium, Gombe on Thursday after pulsating full-time 0 – 0 draw.

The penalty shoot-out capped a thrilling game with passages of play of the highest caliber, with Doma United dominating the first half but Gombe United showing huge reserves of character, resilience, and ability to come back stronger after the break.

It was billed as Doma’s shot at revenge after their dramatic defeat at the hands of the same opponents in the same competition and at the same stage two years ago.

The opening exchanges amounted to little more than sparring, but the game burst into life after 15 minutes following a nice inter-play between Doma’s midfield duo of Hilary and Shahada which frees up space for Mohammed Mohammed who blasted his shot over the bar for what was the first attempt of the game.

The first half ended 0 – 0 with few and far chances between both ends.

The second half was much better as a contest with both sides creating clear-cut opportunities albeit non was taken.

The match was then taken to a lottery of a penalty shoot-out as neither side was able to find the breakthrough after 90 minutes.

Doma United Goalkeeper Babalo made a couple of crucial penalty saves from Rahman and Jimoh which proved decisive as the destination of the trophy was decided on penalties for only the third time in its history.

It sparked wild celebrations for Coach Sa’idu Umar, his players, and the teaming fans of Doma United who were out in numbers as the victory erased the heartache of last two years’ defeat.

The man of the match was Hillary Ekawu of Doma United.

No Shortage of Passport Booklet Anywhere in the World – Aregbesola