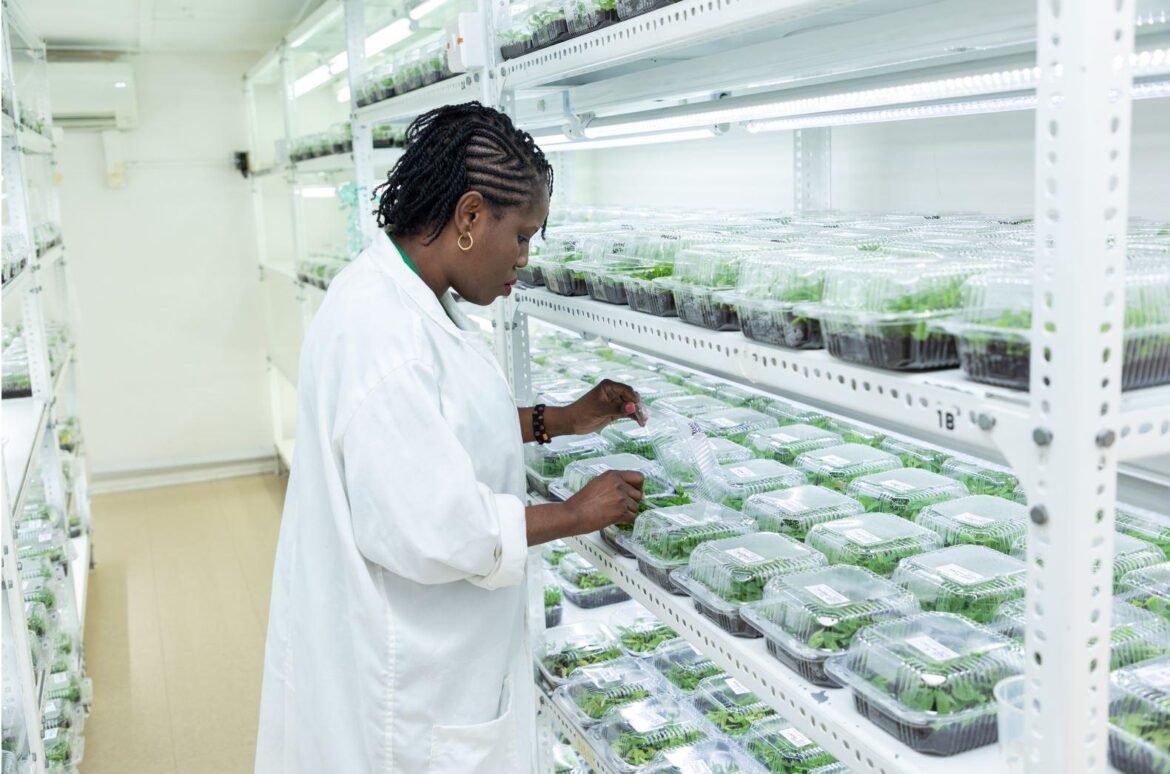 IITA GoSeed, an early generation seed company, made significant progress in 2021 as sales of improved cassava planting materials averaged $267,277 despite COVID-19 restrictions, the company revealed recently during the annual meeting of the Building an Economically Sustainable Integrated Cassava Seed System, Phase 2 (BASICS-II) on 2/06/22.

“Sales were driven primarily by orders from farmers and processors who aim to get higher yields to meet consumers’ demand,” said Dr. Mercy Diebiru-Ojo, the Vegetative Seed Specialist of IITA GoSeed.

“The sales were achieved despite COVID-19 restrictions that hurt seed supply chains,” she added.

A private seed company of the International Institute of Tropical Agriculture (IITA), IITA GoSeed was established as part of the BASICS project to help meet the demand for early generation planting materials with cassava as the first target crop.

Dr. Diebiru-Ojo sees a positive outlook in 2022 as she remarked: “We are optimistic that sales and expansion will get better in coming years.”

Through its business model, the company established 142 ha of early generation seeds comprising 122 ha of breeder seeds and 20 ha of foundation seeds across 8 states in Nigeria.

“We worked without-growers to achieve this target while ensuring that women were active participants,” she explained.

Although Nigeria is the world’s largest producer of cassava, yield per ha of cassava is low (less than 8 tons per ha) compared to other countries like Thailand, with yield per ha of more than 20 tons. Researchers blame the yield gap partly on the use of local varieties that occupy 40 per cent of the cassava growing areas in Nigeria.

The BASICS-II project was established to address the bottlenecks in the cassava seed system with a view to granting farmers easy access to affordable planting materials in an economically sustainable approach. This led to the creation of GoSeed in IITA and Umudike Seed at the National Root Crops Research Institute, Umudike—all in Nigeria.

IITA GoSeed is closely linked with breeding programs in IITA. In collaboration with the National Agricultural Seed Council (NASC), the company ensures that materials going to CSEs are disease-free and of high genetic potential.

Some of the improved varieties that GoSeed is pushing include TME419, Dixon, Ayaya, Farmers Pride, Fine Face, Game changer, Poundable, and Obasanjo-2.

The success of IITA GoSeed attracted other related projects such as the GIZ-GIAE/IITA Cassava & Maize Value Chain Project (funded by GIZ) and other interventions to the cassava seed system. These projects have formed partnerships with the company and have adopted the BASICS model—a seed system approach developed by BASICS-II that connects seeds system actors and ensures that farmers access improved varieties in an economically sustainable manner.

Speaking at the meeting, Prof Lateef Sanni, Project Manager of BASICS-II, commended the progress made by IITA GoSeed, noting that the company is a vital node in the cassava seed value chain.

“The progress you have made is impressive, and we are proud of you,” he said.

For the Technical Advisor to BASICS-II, Dr Alfred Dixon; and IITA Deputy Director General (Partnership for Delivery), Dr Kenton Dashiell, the progress made by GoSeed was a demonstration of farmers’ desire to rapidly transform the cassava ecosystem. They called on the team to sustain the momentum by not resting on its oars.