ASUU strike made me add value to my life – Student 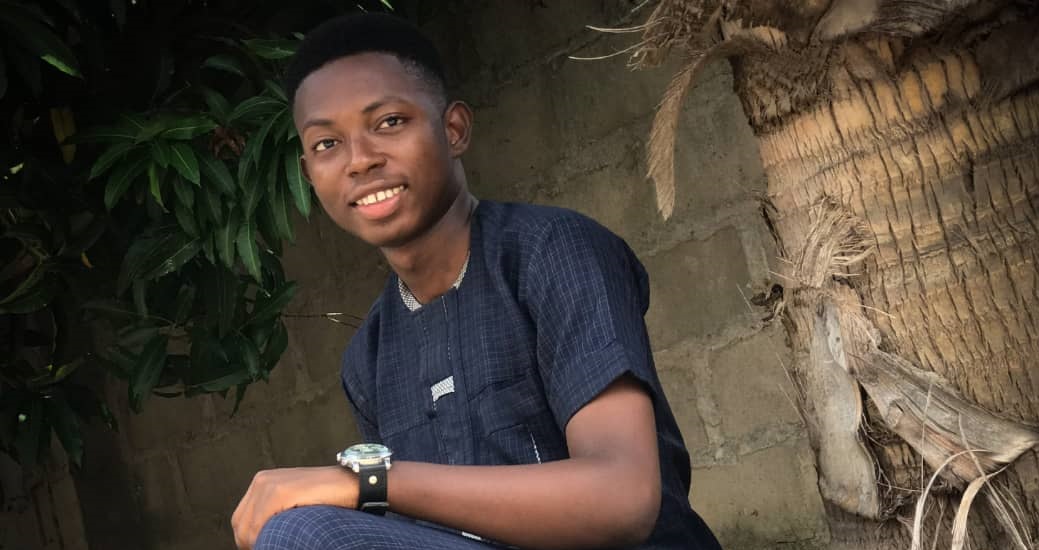 He had spent a year studying zoology, a course he never loved in the same university. He says his joy knew no bounds when he was finally offered admission to study the course of his dream – Medical Laboratory Science.

Ojochegbe says that joy soon turned into frustration when the Academic Staff Union of Universities (ASUU) declared a warning strike just after his first-semester examination as a year two student in February 2022.

He says he did not allow the strike to sadden him. He took solace watching his mother who is a caterer, cook and bake various types of pastries for events and get-togethers.

Ojochegbe says: “I have always watched my mother when she is cooking and also assisted her in the kitchen, though I never thought of baking.

“After spending over three months at home, I decided to take up baking as a vocation.  In the process, I mastered how to bake cakes, chin-chin, and peanuts for home consumption.

“My immediate family and relatives love the products of my baking. My friends and neighbors too. The demand for my products was growing, so, I decided to start commercial baking, at least for my neighborhood to make small money out of it.

According to him, it was not easy getting money to start up. He almost got frustrated for the second time. He did not want to ask his mother, so that she do not see him as a potential competitor right under her nose. Somehow, he summed up courage and had the conversation with her.

“After talking with my mother, she gave me some money. She gave me 5,000 Naira. I used it to start -up a small peanut business.

“If I buy ingredients worth 2,000 Naira, I make a profit of 1500 in three days, that is also depending on the patronage.

He says the kind of business he does is not about the money, but the pleasure he derives in baking and getting out of boredom owing to the unending ASUU strike.

He explains how he bakes: “After putting my flour in a bowl with baking powder, I pour my eggs, sugar, and flavor together in a separate plate. I whisk and pour my groundnut into another bowl. Now I add the mixture into the groundnut bowl gradually and shake thoroughly….the outcome gives me joy.

“I have a unique recipe for baking cakes.”

He said most people think baking is meant for women, but recent development has shown that more men are acquiring the skill.

Ojochegbe did not stop at baking. He does other things like buying and selling airtime data. He is learning a skill too.

“I am also doing an online program on User Interface (UI) and User Experience, hoping to start designing websites and Apps for people.

“I equally sell airtime data. I make an average of 8,000 Naira profit monthly.

Ojochegbe expresses his feelings about the unending academic strike.

“Personally, the strike has helped me develop an entrepreneurial mindset. Not just me, but my friends too.

“Some of my friends are into photography, barbing, and make-up.

“Sitting at home is really not funny. I want to go back to school, but if the strike drags. I am happy I have something worth doing and profiting from it.

He says from all indications, that he cannot tell when the strike would be called off.

“I will like to advise other students not to sit at home idle doing nothing. I encourage them to take a vacation or engage themselves in activities that would add value to their lives in the future.

The committee is expected to review the proposed FGN/ASUU Agreement.

Some of its terms of reference include; liaising and consulting with relevant stakeholders to finalize the position of the FG on the issues in the draft proposed FGN/ASUU renegotiated agreement.

Renegotiate in realistic and workable terms the 2009 agreements with other university-based unions, and negotiate and recommend any other issue the committee deems relevant to reposition the National Universities Commission for global competitiveness.

For Ojochegbe and other students, the good news is that the strike might be called off soon, but that too depends on the negotiation and renegotiations of the committee led by Prof Nimi Briggs.