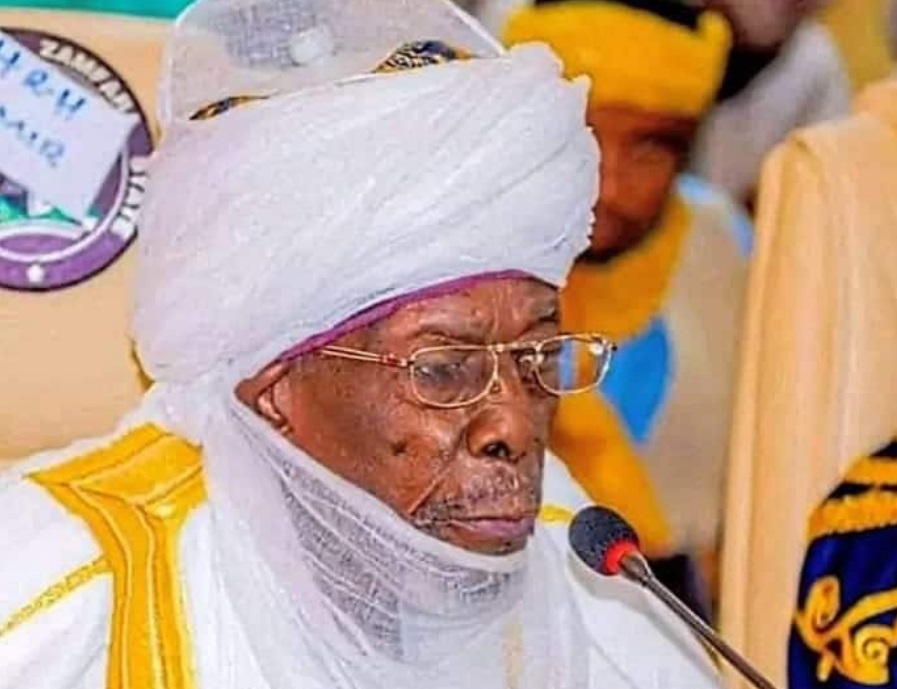 All Progressives Congress, APC, family in Zamfara state has mourned the death of the Emir of Kotorkoshi, Alh. Ahmad Umar

The State APC Chairman, Hon Tukur Umar Danfulani in a statement issued to newsmen on Friday by the State APC Publicity Secretary, Yusuf Idris Gusau said the message of the passing away of a highly respected traditional ruler was received with deep shock.

According to the statement, the late Emir of Kotorkoshi, His Royal Highness Alhaji Ahmad Umar Mai-Kwatarkwashi died on Thursday in his palace after an illness.

“No doubt, as the oldest Emir in the north at the time of his death having served 61 years on the throne.

“The Emir who died at the age of 96 was an astute leader, administrator, and Islamic scholar who served his people, his religion of Islam, and all those he came across without segregation till his last breath.

“He will be fondly remembered for all his unassuming goodness.”

Danfulani prayed for the repose of this great leader in Jannatu Firdaus.

He extends his condolences to the government and people of Zamfara especially the people of Kotorkoshi Emirate.

He also consoled the deceased entire immediate and extended family members praying to Allah to give us all the fortitude to bear the irreplaceable loss.

Nigeria and the Peacemaker on the Plateau