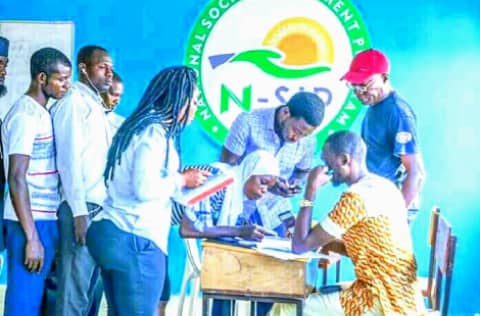 As part of its effort toward job creation and poverty eradication, the Federal Ministry of Humanitarian Affairs, Disaster Management and Social Development have trained 1,142 youth on various job skills in Jigawa state.

Speaking at the graduation ceremony and presentation of working tools to the graduates held at Jigawa State Polytechnic Dutse, the Jigawa State Coordinator, Social Investment Program, Malam Mustapha Umar said the training was carried out at six centers in the state.

He explained that the youths included males, females, and the physically challenged who were trained in their job of choice including Bricklaying, Carpentry, Electrical, and plumbing works.

Mustapha noted that the beneficiaries will also be given tools related to their jobs to enable them to practice the skills they learned to earn livelihood and become self-reliant.

In his speech, the Coordinator of the Training, Dr. Mubarak Aminu said the program was titled N-Build and they received all necessary support for the successful conduct of the training across the state.

He also expressed satisfaction with the seriousness and enthusiasm exhibited by the youth during the training which gives hope for achieving the desired goals.

Speaking at the occasion, the Rector Jigawa/State Polytechnic, Dr. Hussaini Isa said the school has different departments fully equipped with machines and tools for Jobs training.

He said the school is ever ready to partner with the Federal, State, and Local government as well as the private sector on any skills training to make the teeming youths productive and self-reliant.

NCS to Strengthen Relationship with NUJ for Better Service Delivery