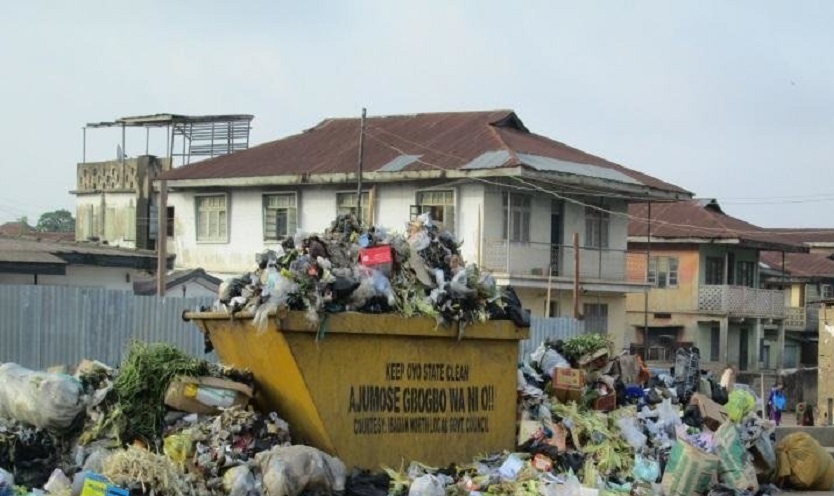 The Oyo State Government in collaboration with Mottainai Recycling Africa has taken its sensitization campaign on proper waste disposal to leaders of the Hausa community in Ibadan, the Oyo State capital.

The Commissioner for Information, Culture and Tourism, Hon. Wasiu Olatubosun, Ph.D., in a signed statement said the sensitization drive which began on Thursday, alerted the community on the essence of keeping a cleaner and healthier Oyo State was led by the Commissioner for Environment and Natural Resources, Abiodun Oni.

Speaking at Sabo Community, Mokola, Ibadan, the team urged leaders of the Hausa community to ensure they follow the laid down protocols on how to contain the spread of diseases, which could be caused by a dirty environment.

According to the team, “adherence to the basic guidelines will help keep the community safe”.

The team also engaged the community leaders and members on the cons of disposing of their wastes on the median, adding that it is important to henceforth properly dispose of their refuse in government-approved trucks.

They appealed to the Hausa community to consider the dangers of living in a dirty environment and its implication for their health.

It called on all residents and business owners in Sabo Community to bring out their wastes once the Mottainai Recycling truck is around by 8:00 am on Tuesdays, Thursdays, and Saturdays.

“The community engagement was very strong and positive. After the exercise, we listened and noted their feedback to give them a sense of ownership and to also ensure the sustainability of the entire stakeholder process”, noted the Mottainai’s CEO, Ade Adewuyi.

Responding, the Seriki Hausawa of Ibadanland, Alhaji Dahiru Zungeru pledged the community’s readiness to adhere to the Government’s directives on ways to dispose of their waste.

The sensitization exercise had in attendance all association leaders, a prominent spokesman in the community in the person of Alhaji Garba, newly recruited Environmental Health Officers, representatives of Oyo State Waste Management Authorities, and other relevant stakeholders.

Tinubu is the Tea and Atiku the Coffee