Friendship and Relationships previewed at BBNaija ‘Shine Ya Eye’ Reunion 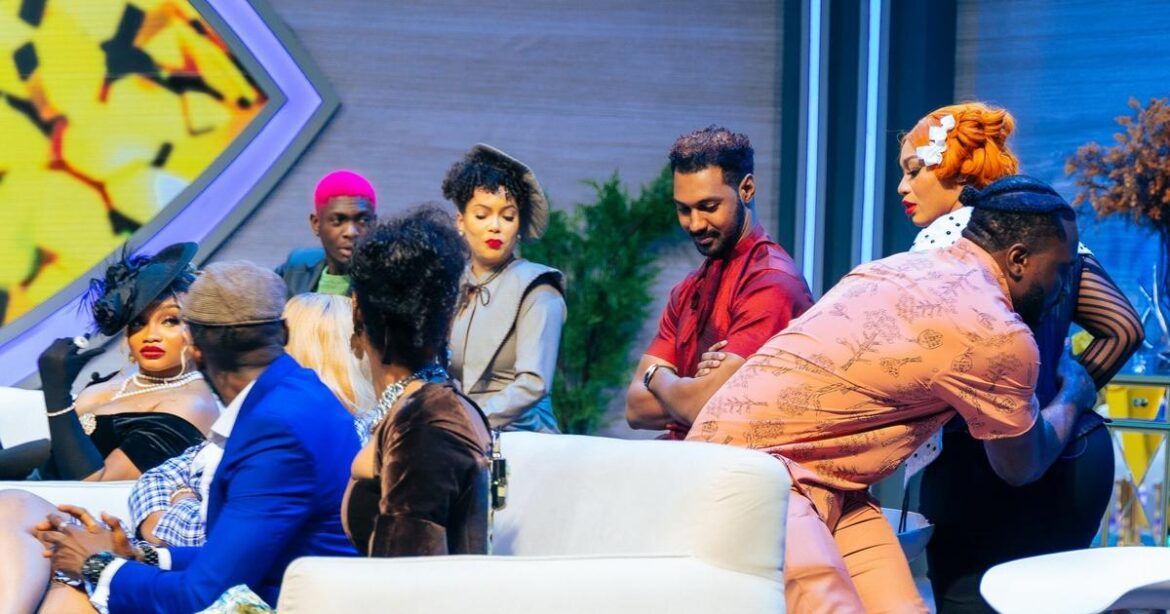 The 5th episode of the Big Brother Naija ‘Shine Ya Eye’ Runion has turned out to be one of the most interesting parts of the show that Nigerians have been anticipating.

Last night’s episode was titled ‘Friendship and Relationships’ started with a video clip of Michael having some bedroom moment with Peace amidst his relationship with Jackie B.
When asked by the show host Ebuka Obi-Uchendu if it was just a game or if he was really interested in Peace, Michael replied that he had no disrespectful intention toward her.

According to Michael, his relationship with Peace in the house was just vibes as there was no feeling attached and Peace also agreed with him.

Peace said she was flirtatious with every guy in the house, but it was just vibes.

Reacting, Jackie B said she kinda felt betrayed by Peace adding that she didn’t know about what happened between Michael and Peace in time.

Jackie B added that she and Michael never dated but they just were friends and are still cool with each other.

A clip of steamy moments Yousef had with Angel was played and many of the housemates were all left in shock because they least expected it.

Responding to it, Angel said she wasn’t playing with him, genuinely liked him and wasn’t a game. “I enjoyed it for what it was.”

Angel added that she wasn’t too sure about the relationship because they had a few moments when they teased each other.

Reacting, Yousef said he really liked Angel and was ready to give more to the relationship but her flirtatious lifestyle toward every male housemate made him withdraw.

Sammie said Angel’s game was actually getting to him but he liked her. “I didn’t want to own up to it in the show. Unfortunately, we weren’t just compatible. I did see myself having anything to do with her because I’m not her spec. I was mad at him for kissing Kayvee during the truth and dare because he was new to the house, Angel would have probably chosen any other male housemate”

Reacting, Kayvee said he was really disappointed at Sammie because it was just a game. Angel tackled Sammie, accusing him of also flirting with Peace in the house too.