Mr Eazi and Fiancee, Temi Otedola Discuss their Plan to have Intimate Wedding 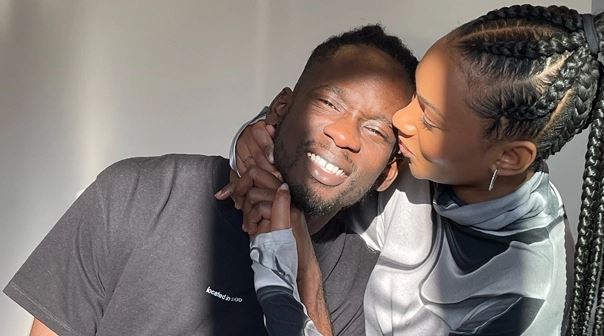 Mr. Eazi got engaged to Temi Otedola in April 2022.
A low-key wedding is being planned by Mr. Eazi and Temi Otedola, who announced their engagement last month.

In a podcast interview, the pair discussed their approaching nuptials and hinted that they would wed in an intimate ceremony with a small number of guests.
In the latest episode of their podcast, How Far, the celebrity couple said they plan to have a private wedding ceremony.
Mr Eazi agreed with his wife to be as he gave reasons why a lot of people won’t be attending their wedding.

The couple said they expect nothing less than ten close family and friends at their wedding ceremony.

On a lighter note, Temi said anyone who wants them to have a big wedding should be ready to pay ten thousand dollars per person or one million dollars for a table.

Eazi also revealed he would love to have an afterparty with twenty guests after the wedding ceremony.

Mr Eazi and Temi have had one of the most beautiful and interesting relationships in the entertainment space.

“I met Temi in London 2018 at an event her sister invited me to. Her sister was playing at the event, somewhere in Nightbridge and she said, oh come out come out, follow me to this event, so I followed her to the event and then she was deejaying and all of a sudden it was just me and Temi sitting down and just watching her,” he said.

However, Eazi said Temi’s sister, DJ Cuppy didn’t, at any point, formally introduce Temi as her sister or him as a friend.
The couple also pointed out how their parents are also very private individuals. They added that Temi’s dad, Femi Otedola suggested that they have a small wedding in the house”.