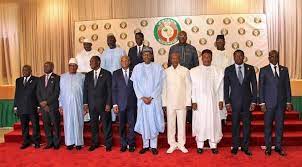 Mali’s military rulers said late Monday that they had set the transition period at 24 months.

A return to civilian rule following double coups in the country will be delayed until March 2024.

It is on state television that the spokesman for the transitional authorities read a decree signed by ruler Assimi Goïta.

The news comes just a few days after the Ecowas SUMMIT. The regional block imposed sanctions on Mali last January rejecting what they called an unacceptable timetable for the reins of the country to return to a
Mali parliament approved in February a charter allowing a five-year democratic transition. A technical committee of ECOWAS had proposed the organization of polls within 12 or 16 months.

Choguel Maiga, the prime minister installed by Mali’s military, said: “We cannot go below 24 months unless we decide to postpone or not to carry out certain actions until the end.”

Despite talks between the ECOAS mediator and Goïta’s government, both parties have failed to agree on consensual duration. The regional block has yet to comment on this official transition period. They will meet again on July 3.
(Africanews)

Spalletti: I’m ready to shape Osimhen if ‘no indecent proposal arrives at Napoli’

Thousands of Somalis fleeing drought and insecurity to Kenya