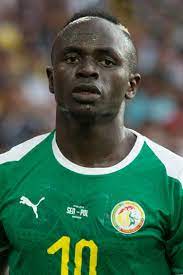 In Saturday’s 2023 Africa Cup of Nations qualification fixture against the Squirrels, the Liverpool star found the net on three occasions to inspire Aliou Cisse’s men to a 3-1 victory in Dakar in the Group L match.

Prior to the game, the Liverpool star had scored 29 goals on the international scene, a feat also achieved by Camara, who represented the West Africans between 1999 and 2008 in 99 appearances.

With Saturday’s game just 12 minutes old, the 30-year-old put his country ahead from the penalty spot after referee Alaa Sabry judged that David Kiki handled the ball in the penalty area.

Benin’s ambition for a comeback suffered a massive blow as Sessi D’Almeida was given his marching orders in the 51st minute for dangerous play against Mane.

At the hour mark, the reigning African Player of the Year completed his treble via another penalty. This time, it was Allagbe who fouled Ismaila Sarr in the box.

Even after numerous scoring opportunities came their way plus the visitors’ numerical disadvantage, Aliou Cisse’s men could not increase their lead. In the 88th minute, the Squirrels pulled one back thanks to sub Junior Olaitan.

This was former Southampton player Mane’s first international hat-trick since his debut in 2012, and his first in a full senior match, with his previous coming for the Senegalese U23 team at the 2012 Olympic tournament.
While he remains committed to Senegal, it is a different story at club level with Mane claiming he will do what “60 to 70 per cent” of Senegalese people want him to do, which is to apparently leave Liverpool.

As revealed by GOAL, Mane is set to inform Jurgen Klopp’s side of his desire to leave this summer, with Bundesliga champions Bayern Munich leading the race to sign him.
(Goal)