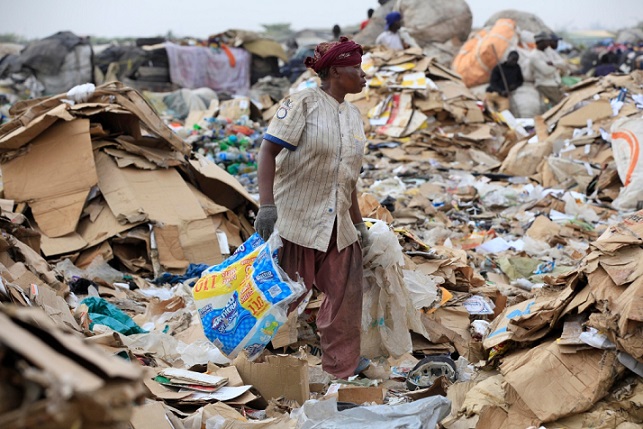 The Oyo State Government has terminated the appointment of Waste Collectors, setting the 10th of June 2022 the as deadline for the re-application of renewal the of contract.

Revealing the new development in a meeting held with the Waste Collectors (Private Sector Participants) and Stakeholders today, the Honourable Commissioner for the Ministry of Environment and Water Resources, Mr. Abiodun Oni reiterated that the new initiative was conceived in order to actualize the vision of keeping Oyo State clean while also harnessing other opportunities that are inherent in a proper waste management system.

“We are tired of using the same approach without getting results”, he said.

The Commissioner further narrated instances where the State had heaps of refuse in open spaces, thereby, causing embarrassment and posing threats to the health of residents in the State.

He further assured residents that the State Government was taking holistic measures to ensure that the State experiences a turn-around in the environmental sector.

He also announced that the State Governor, Engr Seyi Makinde has approved the appointment of a new Waste Management Consultant, Mottainai Recycling Africa, who will see to the day-to-day running of the disposal mechanism in the State.

Speaking further on this development, the Permanent Secretary for the Ministry, Mrs. Modupe Adeleye revealed that the action taken on the re-application of the PSP operators was intended to move the State forward and ensure a cleaner and healthier environment.

She enjoined all the stakeholders to work with the State Government in actualizing this agenda.

In another development, the State Government has again embarked on enforcement to caution traders towards improving sanitation within the environment and also checkmating traffic congestion.

Hon. Oni, while calling on the traders to remain law-abiding and be peaceful when carrying out their legitimate businesses also stated that this present administration is poised at maintaining and sustaining the State ecosystem towards ensuring a clean and green environment that would be attracting investors to thrive in the State.

Similarly, the Oyo State Government has sealed a filling station for violating the Environmental laws and failing to carry out the state’s weekly sanitation exercise.

The filling station located at Gate in Ibadan was also accused of accommodating a filthy drainage lane which environmental officers alleged exposed residents to health hazards and could also pose an environmental threat to people’s health if not timely addressed.