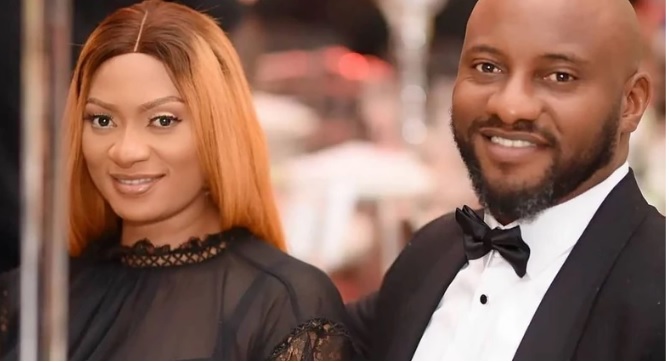 Yul Edochie has finally opened up on the reason he decided to marry a second wife.
In April, the Veteran Nollywood actor had given everyone quite a shock when he announced that he had a son from his colleague Judy Austin who is now his second wife.

The announcement stirred various reactions with most people wondering why the actor would make such a move.

However, Yul has finally decided to open up on the reason for making such a move as he has taken to his Twitter handle to post a nine minutes video titled: ‘Why I married a second wife,’
He stated that he could not let Judy go after the impact she made on his life.

His words: “At this stage in my life, I think it is possible for a man to love two women because two women can contribute differently to the man’s life.

“Someone cannot come into your life and make so much impact and you just cannot let this person go. Of course, a lot of people would say, as a married man, why did you allow a woman to come into your life. I said it is wrong, and I take the blame for that.

“These things happen. Let’s be honest. It happened to me. I realized I just could not let this wonderful woman leave my life.

100 days of the Russia-Ukraine war