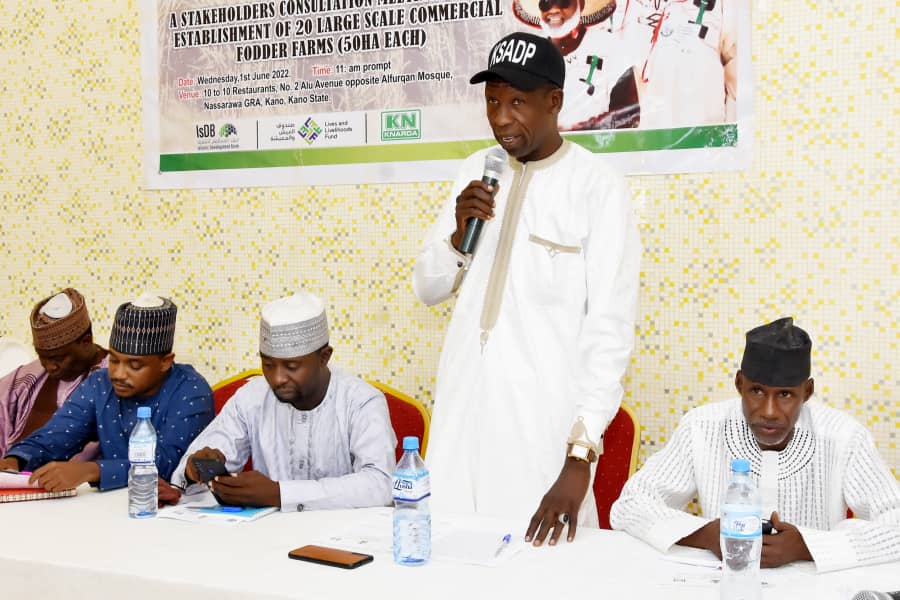 World Milk Day is an annual event celebrated around the world on June 1 that recognizes the contributions of the milk and dairy sector to the world.

KSADP Communication Specialist, Ameen Yassar in a statement on Wednesday said empirical studies have shown that the availability and quality of fodder have a significant impact on livestock production cost efficiency, especially milk.

He said during the occasion, the State Project Coordinator, KSADP, Malam Ibrahim Garba Muhammad explained that the project’s intended intervention in fodder development was borne out of the desire to address the shortage of livestock feed in Kano, in a sustainable way, adding that private sector involvement is key towards achieving the objective.

“The initiative also aims to appreciably lessen farmers-herdsmen conflict and other security challenges, arising from the movement of pastoralists with their livestock over long distances in search of feed.”

Thus, to promote fodder development in the state, “our project will support investment in commercial large scale fodder production in partnership with the private sector. 20 private sector investors interested in fodder production on plots of no less than 50 ha each will be assisted in the development of pastures, provision of harvesting and baling equipment, and marketing facilities”, the Project Coordinator emphasized.

Kano State government will make land available from its grazing reserves for the fodder development purpose and it is expected that at least 1,000 hectares of pastures which yield up to 25 tonnes per hectare will be developed.

“This is apart from the support to be given to 5,000 youths who will grow one hectare of fodder each, from which they will cut and sell for profit. We also have a separate smallholder fodder production arrangement for each of the families at Dansohiya Grazing reserve”, Malam Ibrahim disclosed.

He added that “the project has procured crop residue processing machines and related assorted materials worth millions of Naira, to be distributed to about 1,000 youth soon, to enable them to produce and sell ‘farm wastes’ that could be used as livestock feeds after crops have been harvested”.

The Managing Director, Kano State Agricultural and Rural Development Authority, KNARDA, Dr. Sha’arani Habibu Musa, in his remarks, described feed as one of the key constraints of livestock development in Nigeria, emphasizing that strong partnership between KSADP and the private sector will go a long way in providing fodder for livestock in Kano.

Stakeholders who made submissions during the interactive session made suggestions concerning access to production resources, training of prospective fodder producers, linkages with markets, and sustainability of the intervention.