Menu
Home Opinion Peter Cardinal Eberechukwu Opaleke: ‘This is my beloved son in whom I am well pleased’
Opinion

Peter Cardinal Eberechukwu Opaleke: ‘This is my beloved son in whom I am well pleased’ 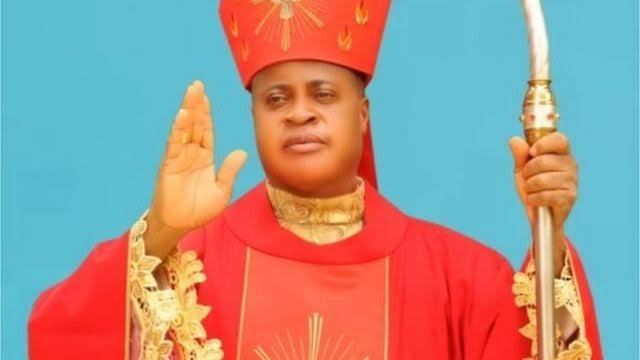 This is the story of Bishop Peter Ebere Opaleke from a crisis-ridden Episcopate leading up to his appointment as Cardinal.

Interestingly, this chain of events put to test his spirituality, humility, patience, endurance, and above all an unflinching love for the vocation.

That the Holy Father Pope Francis appointed Bishop Peter Eberechukwu Opaleke a Cardinal on 29/5/2022 is a further vindication of the Church’s constant eagle eye on the performance of her children.

This appointment no doubt brings to memory the ten years series of events that culminated and qualifies Bishop Opaleke to be referred to as “the patient dog that eats the fattest bone.”

Opaleke: the making of a cardinal

You would recall Fr. Peter Ebere Opaleke was appointed the Bishop of Ahiara Diocese in December 2012 by Pope Benedict XVI

This appointment was vehemently rejected by a section of both the Clergy and the Laity of Ahiara Diocese.

This rejection was based on the fact that Opaleke came from outside Ahiara Diocese, and that “Sons of the soil” of Ahiara Diocese felt underrepresented in the Catholic Church hierarchy.

The Episcopal Ordination of Opaleke was delayed for a year longer than necessary due to the crisis but was eventually slated for May 2013.

Even at that, it had to take place outside Ahiara Diocese.

For over 5 years Bishop Opaleke could not set foot in Ahiara to take possession of his Diocese.

This endless hostile reception eventually forced Opaleke to throw in the towel.

On his 14 February 2018 letter of resignation addressed to the Pope, Opaleke humbly requested to step down from his position as the Bishop of Ahiara in order to let peace reign.

On 19th February 2018, the Holy Father accepted Bishop Opaleke’s resignation and relieved him of the pastoral care of the Diocese of Ahiara.

Consequently, and in view of his proven humility, Bishop Peter Ebere Opaleke has installed Bishop of Ekwulobia Diocese carved out from the Diocese of Awka on 29th April 2020.

The Catholic Church in Nigeria led by the Catholic Bishop’s Conference of Nigeria (CBCN) had waded into the matter to seek a solution to the crisis.

It all ended well for both Opaleke, the CBCN, the Clergy, and the Laity of Ahiara Diocese.

Congratulations to Peter Cardinal Ebere Opaleke for his show of humility, love of the Church, obedience to good counsel, and above all his appointment as a Cardinal.

By this appointment, Peter Cardinal Ebere Opaleke qualifies as one of the electors to participate in the election of the next Pope.

Please read below my chronicle of events when the Ahiara Saga lasted, and the role/contribution played by Catholic Bishops, the rest Clergy, Laity, and Bishop Joseph Bagobiri towards solving the problems:

Rev. Fr. Peter Ebere Okpaleke was appointed the Bishop of Ahiara Diocese in Anambra state on December 7, 2012, by his Holiness Pope Benedict XVI. This appointment was openly opposed by some Ahiara indigenous clergy, religious, and the laity who wanted a son of the soil as their Bishop.

When Pope Francis ascended the papacy on 13/3/2013 he reaffirmed Okpaleke’s appointment, and on May 21st, 2013 Rev. Fr. Peter Ebere Okpaleke was finally consecrated as the Bishop of Ahiara Diocese, but the ceremony was conducted in Owerri outside of Ahiara Diocese.

Bishop Okpaleke was never allowed by the opposition group to take possession of the Diocese. He was quickly moved right from the venue of the Episcopal Ordination to Awka where he remained for more than 5 years till his resignation on Ash Wednesday 14th February 2018.

(2) the Vatican summoned warring factions to Rome to resolve the crisis:

Pope Francis summoned to Rome the clergy, religious, the laity, and other interest groups in one of the numerous attempts to resolve and settle this feud. In this Rome meeting, they reached an agreement to accept the Pope’s appointment of Okpaleke.

This peace accord was brokered on 9th June 2017.

However, no sooner had the returning Rome delegation settled foot on Nigerian soil than that peace agreement collapsed like a pack of cards.

While this Episcopal scandal lasted, Joseph Danlami Bagobiri was the only Bishop known to have openly and severally opposed this appointment. He cited among others the manner of the approach employed by the Catholic Bishops of Nigeria (of which he was a member) towards solving the problem. Bagobiri insisted that the Ahiara people should have been carried along in the decision-making process.

Bishop Bagobiri’s activism on the Ahiara saga did not go down well with the Catholic Bishops as it earned him a reprimand, reporting him to Rome and demanding an apology.

In obedience, Bagobiri apologized, but re-iterated his position on the matter, thereby making the whole issue a conundrum for his fellow CBCN.

Bishop Joseph Danlami Bagobiri in defiance of Rome kept up with his fiery approach to the Ahiara saga. One of his public statements on this imbroglio was on 1st December 2017 at a public Mass at Takkad village near Kagoro in Southern Kaduna barely 3 months to his death. In this Mass, he said – “Give Ahiara a bishop close to or who understands them.” He continued – “The Ahiara saga could have been avoided or resolved long ago if the Catholic Bishops Conference of Nigeria had been courageous enough as a united force to follow the path of truth and justice by listening to the aggrieved party, and presenting their case positively, or in an emphatic manner.”

Joseph Bagobiri also declared – “People of Ahiara feel surcharged or shortchanged, excluded, or denied their rights to exercise a consultative vote on the discerning process.”

The fiery Bishop was not done yet – “None of them was contacted on the appointment, they should not be dictated to, not according to due canonical process, and not submission to blind obedience.”