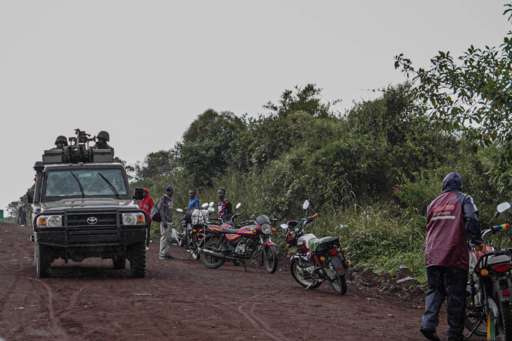 Hundreds of people took to the streets of the Congolese capital, Kinshasa, to denounce Rwanda’s alleged backing of the M23 rebel group.

The protests were organized by the civil society group, NDSCI.

On Monday, the chairman of the African Union, the Senegalese President Macky Sall, telephoned the Rwandan and Congolese leaders to try to ease tensions between Kigali and Kinshasa.

Both sides accuse each other of supporting rebel groups in eastern DR Congo.

He appealed for dialogue to resolve the dispute.
Angolan President João Lourenço says the Democratic Republic of Congo has agreed to release two Rwandan soldiers it detained last week, amid rising border tensions.

Mr Lourenço – who’s acting as a mediator – made the announcement after separate talks with his Congolese and Rwandan counterparts.

His office said Félix Tshisekedi and Paul Kagame had agreed to meet face-to-face in Angola, but didn’t give a date.

Rwanda and the DR Congo have accused each other of aiding armed militias in the border region and encouraging attacks.
(BBC)

‘Star Wars’ calls out racism after attacks on Moses Ingram