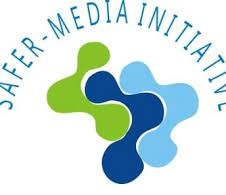 A survey finding by the Safer-Media initiative (SMI) says 69.4% of its respondents are unsatisfied with media coverage of local issues in the Federal Capital Territory (FCT).

According to the survey findings, 69.4% of respondents opined they are not satisfied with media coverage of issues in their community as 73.9% say the media prioritize coverage of national politics over local issues. 71.1% agreed there would be recorded change when issues that affect people in the community are reported in the news.

The survey also identified governance and accountability, regulatory failure, the growing rate of poverty, youth unemployment, health, education, and issues affecting women and Children as priority areas the population would want to find in news coverage.

Following the survey report which provides baselines for important statistics, SMI will open applications for journalists interested in telling stories that are vital for these communities. Selected journalists will be capacitated and supported to investigate, uncover the stories that need to be told and give voice to some of the most underrepresented groups in society.

The effort is an intervention within SMI’s mandate to implement the Strengthening Journalism – Independence, Capacity, and Presence (SJ-ICAP) Project under the Collaborative Media Engagement for Development, Inclusivity and Accountability Project (The Collaborative Media Project) of the Wole Soyinka Centre for Investigative Journalism (WSCIJ), with funding from the MacArthur Foundation.

Disclosure: This survey is published here on the understanding under the Collaborative Media Project, an initiative of the Wole Soyinka Center for Investigative Journalism, of which Stallion Times is a member.