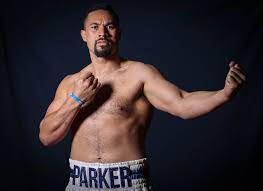 Joseph Parker’s team have admitted “there’s no better time” for a Dillian Whyte rematch after the New Zealander’s fight against Joe Joyce was delayed.

Parker was expected to face Joyce this summer, but the heavyweight clash has been pushed back, and the former world champion’s manager David Higgins remains interested in discussing a return bout against Whyte.
The Brixton man claimed a unanimous decision win in 2018 after a brutal battle with Parker, who is still eager to avenge this loss.
“Joseph Parker is keeping in wonderful shape at home in New Zealand, with his family,” Higgins told Sky Sports.

“There are still ongoing discussions about his next fight move. The Joe Joyce fight is still a live discussion, it’s not contracted.
“There’s talk of it for later September and then there’s always options.

“Joseph was showing me videos of the Dillian fight this very morning and Joseph has wanted a rematch ever since.
“We’ve made it clear at all times we’d fight Dillian Whyte then, or now. That stands now, because Joseph would love to fight Dillian Whyte. That would be a blockbuster pay-per-view.

“It was a war. It was the heavyweight fight of the year.

“It’s really up to the Whyte camp I think, to signal if they are willing to have that rematch.”

Parker is ranked in the top five by the WBO and the WBC following a career-best points win over Derek Chisora in their December rematch.
“There’s no better time for a rematch between Joseph Parker and Dillian Whyte,” said Higgins.

“I already know that Joseph would gladly jump back in with Dillian Whyte. Anytime, anywhere. The real question is – ‘is Dillian Whyte up for it?’, because we’ve got no time to dither.

“There are other options on the table. The Joe Joyce fight would also be a cracker.

“There’s no contract, but that Joyce fight is close to being contracted and the date has been discussed.

“Either one, Joe Joyce or Dillian Whyte would be a big blockbuster event.”
(Skysport)