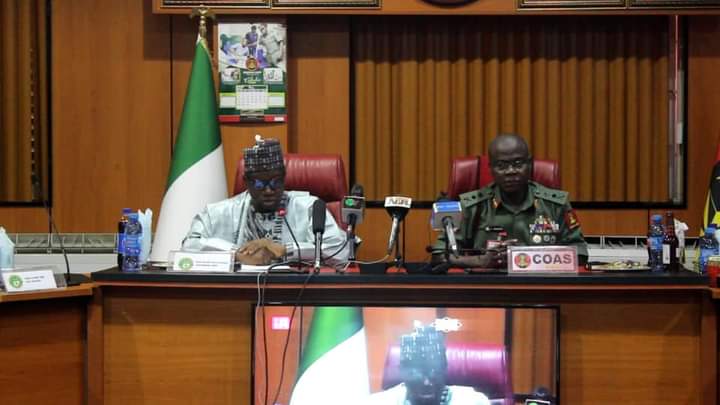 The National Population Commission (NPC) has sought the support of the Nigerian Army (NA)in conducting a credible census in Nigeria.

This was contained in a statement signed by Brigadier General Onyema Nwachukwu on Tuesday.

According to the statement, the Chairman NPC, Honorable Nasiru Isa Kwarra made the appeal when he led the senior staff of the Commission on a courtesy call on the Chief of Army Staff (COAS) Lieutenant General Faruk Yahaya at the Army Headquarters, Abuja.

Stating the purpose of his visit, Honorable Kwarra said he was at the Army Headquarters as part of the Commission’s engagement of major stakeholders in the conduct of a seamless census exercise and to create awareness of the forthcoming National census slated for 2023.

He noted that the Census will unearth the demographic data needed to address the security challenges bedeviling the nation. This, he said was in line with the vision of the Commission.

Kwarra stated further that the Commission aspires to meet the data needs of all end-users and ensure a robust and quality population for national transformation and global competitiveness.

He lauded troops of the NA for their effort in the ongoing campaign against security challenges in the country.

The Chief of Army Staff, Lieutenant General Faruk Yahaya in his response, noted that adequate census data was essential for planning the socio-economic development of the country.

He said that the NA will not hesitate in providing security for government agencies to enable them to perform their national obligations.

Present at the event were Principal Staff Officers of the Army Headquarters and Commissioners from the National Population Commission.