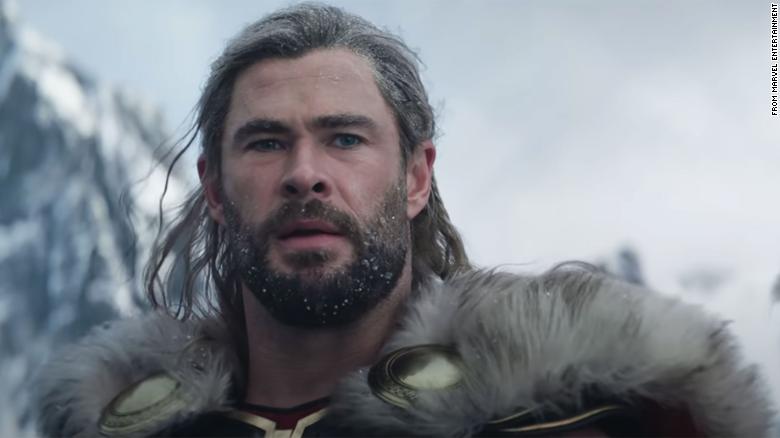 Airing during the NBA Eastern Conference Finals, Chris Hemsworth is back as Thor, who runs into his ex-girlfriend Jane Foster, played by Natalie Portman, and is a bit thrown off by the encounter.

Director Taika Waititi narrates the trailer.
The new “Thor” is the sequel to “Thor: Ragnarok,” which released in 2017. Thor was last seen in the Marvel Cinematic Universe in “Avengers: Endgame” in 2019.

Along with Hemsworth, the blockbuster also features Tessa Thompson as Valkyrie, Chris Pratt as Star-Lord, Waititi as Korg. The film will mark Portman’s first appearance in the MCU since 2013’s “Thor: The Dark World.”

The trailer also teases a first look at Christian Bale’s villain, Gorr the God Butcher, who is on a mission to murder as many gods as he can.
“Thor: Love and Thunder” hits theaters July 8.
(CNN)