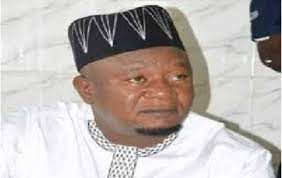 This was made known when he received the delegation of the Nigeria Union of Pensioners, (NUP) Kano State Chapter, Usman Bala stated that the present State Government is doing its best to find not only a temporary solution to the problem but a lasting solution.

According to him the current problem being spoken out by the Pensioners and the Union Leadership is not man-made or be left to deteriorate deliberately but rather an unhappy development for the State Government.

He noted that resource limitations are the barrier to addressing the problem of pensioners and most especially the gratuity they owed the Government.

Usman added that the Committee in respect of the Pensioner’s problems will be inaugurated to work together with the Union members and government representatives to address pension, gratuity, Salary, and provision of infrastructural development in the State.

The HoCS decried the fact that the Federal Government Monthly grant is becoming too little for the States Government to fulfill its mandate to the citizens.

Bala disclosed that Ganduje’s administration owed no Kobo of Pension monthly contributions, decrying the fact that the inability of the past governments to give out the contribution led to the staggering figure of over N28 billion gratuities.

Muhammad said it’s very important to gather all pension deductions and submit it to the pension union for onward payment of pension and gratuity.

He disclosed that he discussed comprehensively the issue with relevant stakeholders and understood the gap clearly.

Usman promised to intimate some MDAs to know why they weren’t attending a hundred percent pension contribution.

Muhammad, however, stated that the pension union leaders and the public should that the State Government cannot pay what it doesn’t have as resources limitation is a sorry issue before it.

He urged NUP to create awareness among members that the present Government is the best for them as there weren’t retrenchments or ever goofed in paying salaries and pensions.

Earlier in his remarks, the State Chairman NUP, Comrade Salisu Ahmad Gwale told the HoCS that they have the belief that the pension union is closer to his office and that gave them the power to visit him with lists of their problem to be presented to him.

According to Salisu Gwale no doubt the new Head of Civil Service will intervene in ensuring their problems are attended to and subsequently be solved.