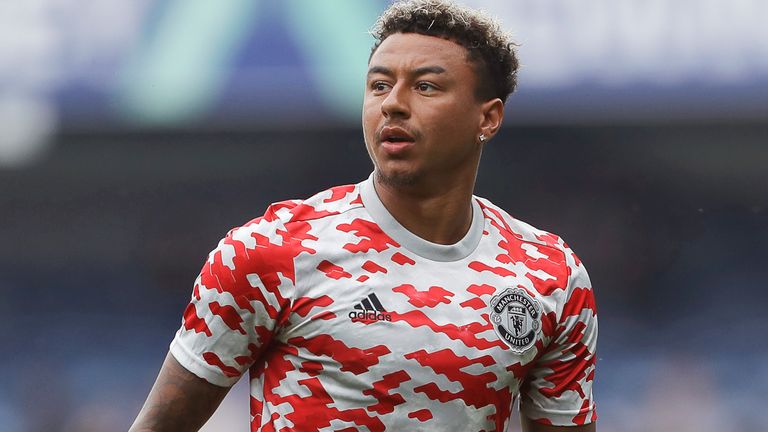 West Ham have made “initial enquiries” with Jesse Lingard’s representatives over signing the Manchester United midfielder on a free transfer.

Lingard’s contract at Manchester United is expiring this summer.
The England midfielder scored nine goals while on a six-month loan at West Ham in the 2020/21 season while Newcastle tried to sign Lingard in the January transfer window.
Earlier this month, interim united manager Ralf Rangnick dismissed criticism from Lingard’s brother after he failed to give the midfielder an Old Trafford farewell against Brentford.
Gary Neville argued Lingard did not deserve special treatment after he watched two united favourites, Bryan Robson and Steve Bruce, sent on their way without a sentimental send-off.
Speaking on The Gary Neville Podcast, he said: “The nonsense over Jesse Lingard, look, Jesse’s been at the club a long time, done a good job, but I saw Bryan Robson and Steve Bruce not play in their last games and not get a send-off in cup finals.

“One of them maybe is the greatest captain Manchester United have ever had and other one is one of the greatest and they didn’t get that send-off, a farewell from the fans. I’m not quite sure why Jesse Lingard deserves it.
“I was thrown away at West Brom in a toilet. At the end of the day, it doesn’t work out, Jesse.”

On other summer departures, Neville said: ” A lot of them will leave, their contracts are up, it’s the other ones. Well, you can’t just kick football players out the club. This idea they think they’ve got a God-given right to get minutes on the pitch the way they’ve played, all of them.

“Not one of them… David de Gea and [Cristiano] Ronaldo have held their own this season, they’ve performed well, not one of them other than that can have any complaint about whatever happens to them this summer. It’s been a really shocking two or three months and I can’t wait for the season to end.
“I can’t wait to stop talking about them. Big clear out in the summer.”

Newcastle and West Ham both tried to sign the England international on deadline day in January, but the United board decided not to sanction a transfer.

The forward wants regular first-team football so he can play his way into Gareth Southgate’s England squad ahead of this year’s World Cup.

Lingard started just four matches for United this season with his final appearance coming as a substitute in the 3-1 defeat at Arsenal on April 23.
(Skysport)