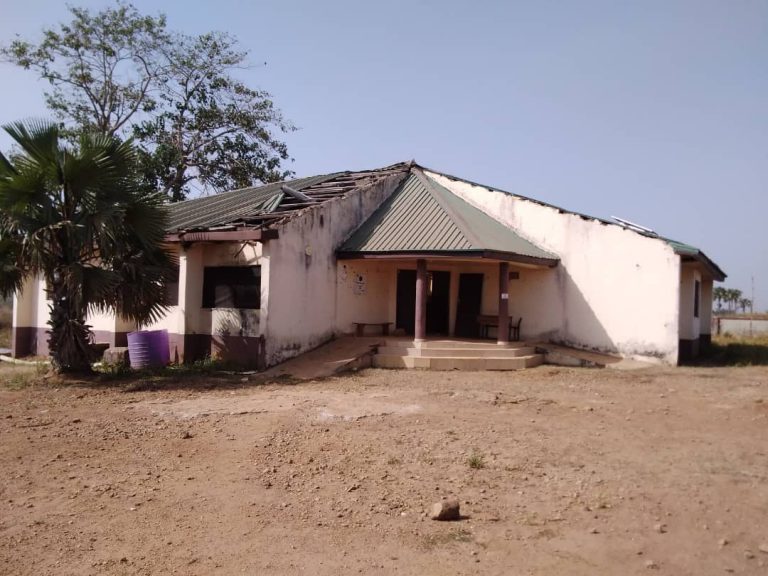 Community Hospitals have continued to be in a deplorable condition, after the Abuja Authority, Federal Capital Territory Administration (FCTA), had budgeted N1.3 billion in 2020 for the upgrade of Primary Healthcare across communities.

Ramatu Aliyu, FCT Minister of State, at the flag-off of the National Integrated Mobile Outreach Program (I-MOP) at Bwari Area Council of Abuja, said the idea of setting aside such a huge sum of money was to provide adequate and effective health service delivery to those living in Abuja.

For instance, residents of the Igu community in Bwari Area Council are facing difficulties accessing healthcare delivery as the only hospital in the area has since become terribly deplorable leading to its shutdown.

The hospital that has over 300 residents that rely on it for medical care delivery, has since been locked up as it has become terribly deplorable and can’t afford healthcare delivery any longer.

Residents who spoke on the condition of the community narrated how they are facing difficulties trying to access healthcare as the only hospital in their area has since collapsed and needs renovation and equipment for it to function optimally and deliver efficient healthcare.

In a similar narrative, residents of the Gumbo community in Kwali Area Council of Abuja are facing difficulties accessing healthcare delivery as the only hospital in the area has since become deplorable leading to its shutdown.

The hospital has virtually all the residents relying on it for medical care delivery. It has since become deplorable and been locked up and can’t afford healthcare delivery any longer.

Residents who spoke to MAWA narrated how they are facing difficulties trying to access healthcare as the only hospital in their area has since collapsed.

In the same vein, inhabitants of Ijah Pada community in Abuja are facing difficulties accessing healthcare delivery as the only hospital in the area has since become deplorable with no hope of fixing it.

This is even though the hospital that is located in the Yangoji Ward in Kwali Area Council of Abuja has over 200 residents that depend on it for healthcare delivery. 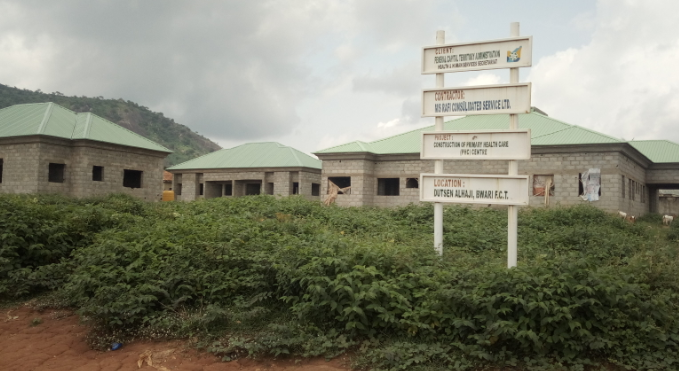 Residents who spoke to MAWA narrated how they are facing difficulties trying to access healthcare as the only hospital in their area has since collapsed and needs renovation.

Residents of Dukpa, a community of over 2000 inhabitants in Gwagwalada Area Council have continued to recount how the negligence of health workers in Primary Healthcare in their area is leading to the death of patients.

A community champion in Dukpa who spoke to MAWA FOUNDATION and does not want his name mentioned for fear of victimization by the Local Council Authority narrated how the inhabitants are dying at the Primary Health Centre in the area as a result of the health worker’s negligence to duty.

The community champion while speaking to MAWA said health workers resume duty at the hospital by 10:00 am and close by 2:00 pm leaving patients in the hospital unattended no matter how critical their condition may be.

Another community resident, narrating his experience of the hospital, told MAWA that his elder brother lost his daughter as a result of health worker negligence in the clinic.

Explaining the incident, he said the late daughter was taken to the hospital when in labour, was not attended to, and was directed to be taken home and come back by evening.

An instruction they obeyed and took her home only to come back in the evening and found that the hospital has been closed while all health workers had gone home.

He, however, disclose that she died because there was no health worker to attend to her life. A situation he said would not have happened if the hospital was open and a health worker attended to her.

Another community resident, Mr. Abdul, who prefers only his first name mentioned, speaking to MAWA, described the hospital management as one of the worst unfortunate things that happen to his people.

Abdul, narrating how the clinic health worker’s negligence has affected patients, said two of his sons died in the hospital because they were not attended to.

“Health workers in Dukpa clinic here resume duty by 10:am and close by 2:00 pm, this is a practice that has led to the loss of life, when you bring a sick person here a minute after 2:00 pm nobody will attend to you because they have all left by that time”

“How can you resume in a community hospital by 10:00 am and close by 2:00 pm, a hospital of this kind ought to operate 24 hours as against 4 hours we are witnessing here, this is not good, the Area Council Authority should immediately address these anomalies,” Abdul said.

In a similar trend, the hope of Dutse Alhaji residents having a primary healthcare hospital has been dashed as a hospital project in their area has since been abandoned.

The project located at Zone 6 in Dutse Alhaji area of Bwari Area Council in Federal Capital Territory Abuja, is now been occupied by water vendors who have turned it into their personal abode.

When MAWA Foundation visited the construction site, there was no worker seen while the place has been overtaken by grasses.

Mr. Musa Ibrahim, one of the water vendors told MAWA officials that they have been living in the abandoned hospital for over two years.

Asked if he knows that where he lives is meant to be a hospital, he said no, but said he is aware that it is government property and that is one way to benefit from the government.

Another occupant told MAWA Foundation that he wishes to see the project abandoned, so they will continue to use it as their home.

The project being executed by the Federal Capital Territory Administration was awarded to Rafi Consolidated Service Limited.

Checks on the status of the company show, that apart from its Facebook page, it does not have any traceable address.

Miss. Chidinma Nkemakolam, a lady, who sells charcoal in front of the abandoned healthcare hospital told MAWA Foundation that the last time workers were seen on the site was two years ago.

She appealed to the government to complete the project saying it will give over 50, 0000 residents living in the community access to quality healthcare delivery.

Speaking to MAWA official about the deplorable nature of hospitals in Abuja, a health worker, accused the Abuja Authority of diverting monies meant to develop and improve community hospitals.

“As a health worker in Abuja for over 11 years, I have the privilege to visit virtually all the Primary Healthcare in all the six Area Councils, I can tell you, the deplorable nature of some of the hospitals make one weep,” the health worker said.

“I am aware, in the year 2020, the FCTA budgeted the sum of N1.3 billion and claimed community hospitals will be upgraded, what we have seen on the ground after two years, shows the money may have been diverted,”

However, it is unclear how the Abuja authority may have spent the sum of N1.3 billion on primary healthcare upgrades in a year, despite the deplorable state of hospitals littered in the Area Councils.