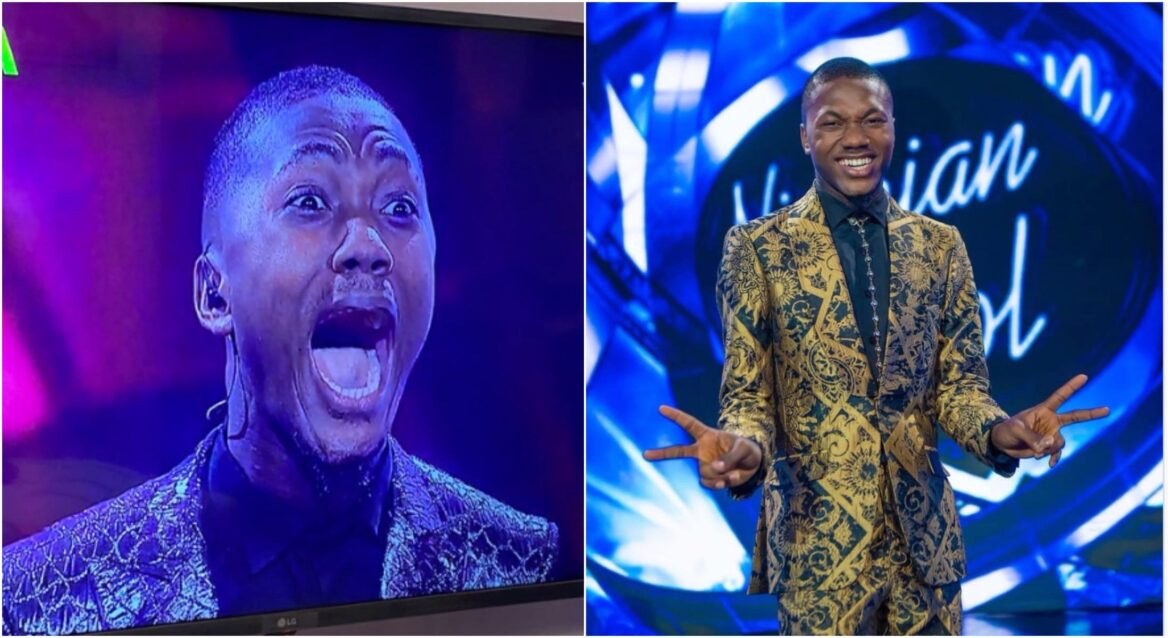 Progress emerged as the winner of the season 7 Nigerian Idol at the Grand Finale which was broadcasted across Africa Magic stations on Sunday 22nd of May.
The host, IK Osakioduwa, announced Progress as the winner after performance from him and Zadok, for the grand prize worth N100m.

After weeks of watching the top 12 contestants singing their hearts out on the live shows to earn fan votes, Progress and Zadok emerged as the final two.

D’banj and Simi, performance on the day of the finale thrilled the audience. D’banj had a performance with the two finalists, while the season 6 winner, Kingdom, performed with the other top 10 contestants of season 7.

As the winner of the competition, Progress goes home with a cash prize of N30m, a brand new SUV, a Bigi-branded refrigerator and a year’s supply of Bigi drinks.

He will also get to record an Extended Play album produced by a leading music producer in Nigeria and a music video, a weekend getaway from TravelBeta, and a DStv Explora fully installed with a 12 months premium subscription.

Tega: ‘Be careful who you have your child with, you may be digging your grave’