Nigeran Airforce @58: ‘You Have Justified Government Investment in the last Seven Years’ – Buhari

-Tasks security agencies to achieve a secure and prosperous Nigeria 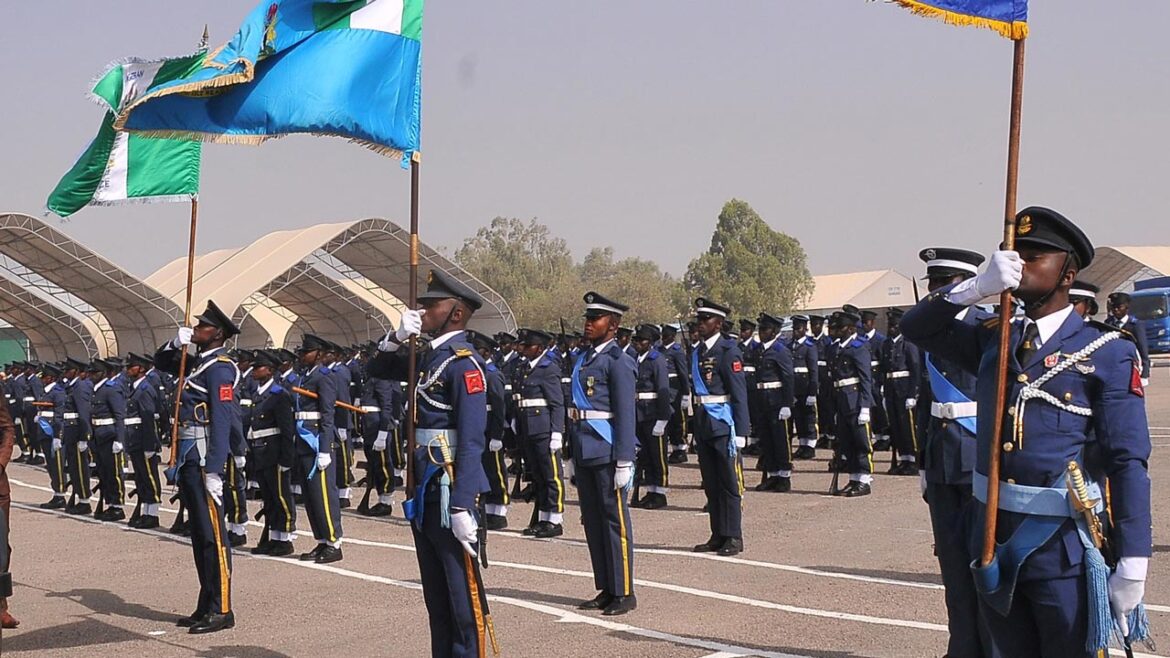 President Muhammadu Buhari Monday in Kano lauded the Nigerian Air Force for living up to its constitutional responsibilities of securing the nation, and in the process, justifying the investments of the government of the day in the force.

This was contained in a statement issued, Monday, by the Senior Special Assistant to the President on Media and Publicity, Garba Shehu.

Speaking at the ceremonial parade to commemorate its 58th anniversary, according to the statement, President Buhari disclosed that the Air Force had transformed into a formidable entity, ready to confront immediate and future challenges.

“It gives me great pleasure to be here to felicitate with you on the Nigerian Air Force 58th Anniversary Celebration.

“This is particularly because the Nigerian Air Force has over these 58 years transformed into a formidable and resilient air force that is positioned to effectively tackle both contemporary and future security challenges.

“This adaptability has thus enabled the Service to respond effectively to our dynamic national security challenges.  The Nigerian Air Force has been able to meet its constitutional responsibilities thereby justifying the Government’s enormous support in the last 7 years.

“I, therefore, congratulate the Chief of the Air Staff, officers and airmen/airwomen as well as civilian staff of the Nigerian Air Force on this occasion of the 58th Anniversary.”

According to the statement, Buhari noted that on the assumption of office in 2015, he “promised to equip and re-professionalize our armed forces to perform their constitutional responsibilities more effectively,” adding that “we have therefore demonstrated the required political will and leadership as well as committed resources towards capacity building and re-professionalizing of the armed forces.”

He said: “Today, I can say confidentially that the armed forces have indeed witnessed tremendous improvement in the past seven years.  In particular, the provision of modern equipment and personnel motivation through enhanced welfare are also ongoing.

“The provision of modern equipment and personnel motivation like the Super Tucanos and the Augusta helicopter gunships among others had greatly helped turn the tide in the fight against terrorists and other non-state actors and sustained the Nigerian Air Force.”

He assured us that the administration will continue to provide more platforms such as the Beech craft, some modern helicopter gunships and UAV for the Nigerian Air Force to enable it to man our airspace more effectively.  Rest assured that as a government, we are willing to do even more to ensure the provision of the requisite support and encouragement to overcome various security challenges.”

The President commended the Honourable Minister of Defence, the Chief of the Defence Staff, the Service Chiefs as well as the leadership of the security agencies for doing their jobs well, charging them to “remain committed, steadfast and resolute as we forge ahead to achieving a secure, peaceful and more prosperous Nigeria.”

The Commander-in-Chief particularly lauded the Chief of the Air Staff, officers, airmen, airwomen and civilian staff of the air force for the good work they are doing to support the Government’s defence and security policies as well as the high level of discipline, loyalty to the Constitution of the Federal Republic of Nigeria and support of democratic values.