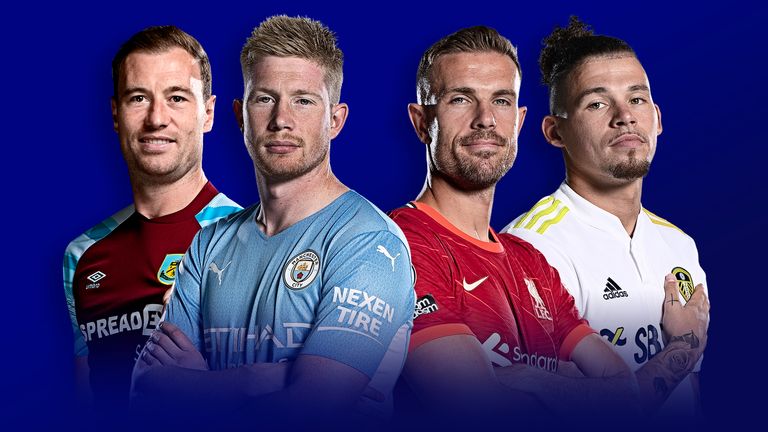 The title, third place, Champions League qualification, Europa League qualification and relegation are all to be decided on Sunday; Watch Man City vs Aston Villa, Liverpool vs Wolves and Brentford vs Leeds live on Sky Sports; All games kick-off at 4pm
Title-chasing Man City and Liverpool will start the final day separated by a single point.
Chelsea still need a point to mathematically secure third place although it would require an unprecedented swing on goal difference for Tottenham to leapfrog Thomas Tuchel’s side.

Tottenham effectively just need a point at Norwich to be sure of finishing fourth. Barring another improbable swing on goal difference, Arsenal can only jump ahead if they beat Everton and Tottenham lose at Norwich.
Either Arsenal or Tottenham will be joined in the Europa League by Manchester United or West Ham – Man Utd currently head the Hammers by two points but David Moyes’ side have a much better goal difference.

Were Manchester United to lose or draw at Palace and West Ham beat Brighton on the final day then Man Utd will play in the Europa League Conference next season.
One of Burnley and Leeds will be relegated alongside Norwich and Watford. Although Burnley and Leeds will start the final day level on points, Leeds’ vastly inferior goal difference means they will have to better Burnley’s result to stay up. Burnley are sure of survival if they win or if Leeds lose.

Mo Salah is currently top of the scoring charts (22) by a single goal from Heung-Min Son. Cristiano Ronaldo is four back from Salah.

Alisson and Ederson are currently tied on 20 clean sheets apiece this term.

2023: ‘I will continue from where Bagudu stopped if elected as governor’ – Kaura Gwandu