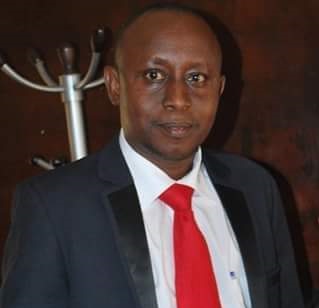 By Abdul B. Ango

If I may fairly assess Ganduje over his stewardship in Kano in the last 7 years, I will say Ganduje is the architect of his political predicaments (my opinion though).

He reduced the governance to a mare family affair, in which you can only get what, when, how, and where if you are closed to the first family.

He so much promoted mediocrity in the polity and reduced to nothing the genuine and selfless, but contributing party members; those who are supposed to be held as an asset of greater value to the party.

He ends up fighting anybody with a contrary view, opinion, or approach to issues with him, his family, or his kitchen cabinet, resulting to harassment, name callings, and outright insults.

His nearly zero policy on Human Development, and lacking a rewards system for loyal party members. Although, he has tried salary payments throughout his tenure, considering the huge wage bills Kano is coughing out, bearing in mind that, other smaller states than Kano are owing their workforce so many months of unpaid salaries.

However, he failed woefully in areas of payment of pension, gratuity, staff promotions, and advancements.

Governance has been reduced to zero level, and few individuals run the affairs of both political governance and the civil service. Almost all his political appointees are wallowing in penury, finding it difficult to fend for themselves, due to a lack of cash backing to enable them to execute the mandates of their Ministries, Departments, and Agencies. Some are finding it difficult to fuel their vehicles, not to talk of what they will entertain or take care of their teaming supporters.

He also tried in terms of physical development, especially in the city, but with nearly a total neglect of the rural areas which contributed 80% to his victory during the poll.

The indiscriminate taking over of every little space of land within the city center and suburbs, as well as selfishly allocating same to himself, family members, and or cronies will continue to hunt him for long even after vacating the govt house.

Worst of all this, is Ganduje is well known for not keeping to his words or fulfilling his promises. We only came to know him as a governor who has different specimens of signatures or approvals, the one to be paid immediately and the one to be dumped, thus, those in charge of processing and making the payments are well aware of which approval to pay or not. Hence, you should not even get excited when, he as a Chief Executive openly directs the processing of a payment for you being a contractor or whatever, since he may use the back door to stall the same payment, one reason I learned that made his one-time Accountant General.

It’s really funny seeing the kind of intrigues, political alignments, and re-alignments going on, in the State. But honestly speaking Ganduje shall blame no one, but himself for his naively political blunders and miscalculations.

KIM KARDASHIAN: I got bomb and death threats