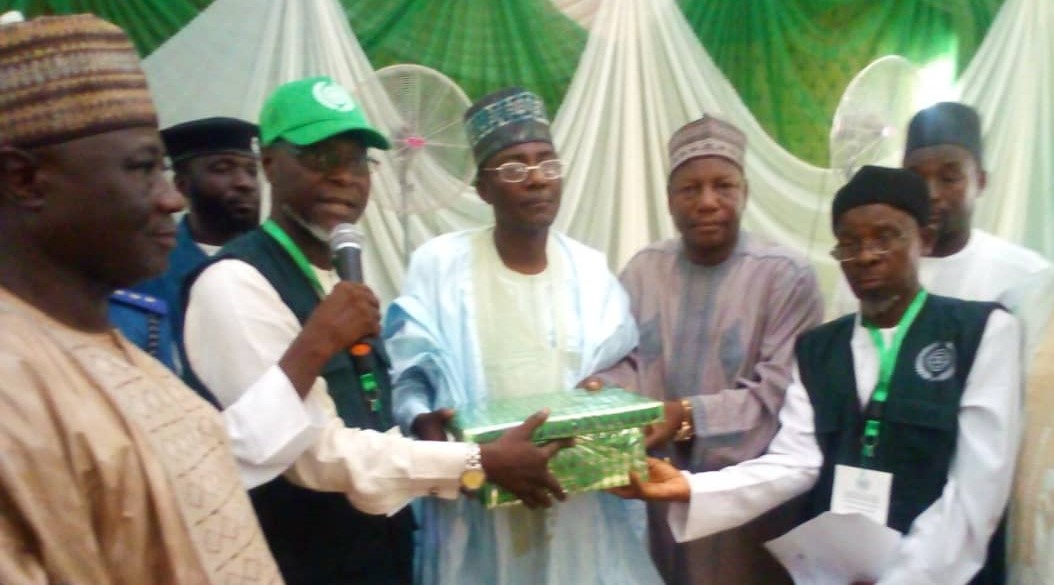 Flagging off the exercise at the Presidential Hall in Birnin Kebbi, Gov. Atiku Bagudu expressed gratitude to IIRO for the gesture and appealed for the sustenance of the program.

Governor Bagudu who was represented by the Secretary to the State Government, Babale Umar Yauri, while receiving the cheques commended the organizations for their gestures to the less privileged in Kebbi.

He said the state government was at all times committed to assisting and empowering the less privileged in the state. “Even now the Governor has directed the office of the permanent secretary, cabinet, and political to ensure the less privileged were captured and benefitted from the assistance.

He, therefore, called on the wealthy and spirited individuals in the state to complement the efforts of the organizations and government in assisting the less privileged in society.

Highlights of the occasion were a symbolic presentation of cheques by the SSG to all the beneficiaries.

Speaking earlier in his remarks, the team leader, Tahir Baba Ibrahim said a few changes have been introduced to the disbursement of the funds from their headquarters in Saudi Arabia.

He said instead of the earlier one-year or two-year payment of the funds to beneficiaries it’s now six months onward payment because in the previous year their offices across the world were shut down because of the misunderstanding of their mission. But since they had been cleared and vindicated the payments for those years would now be made, he added.