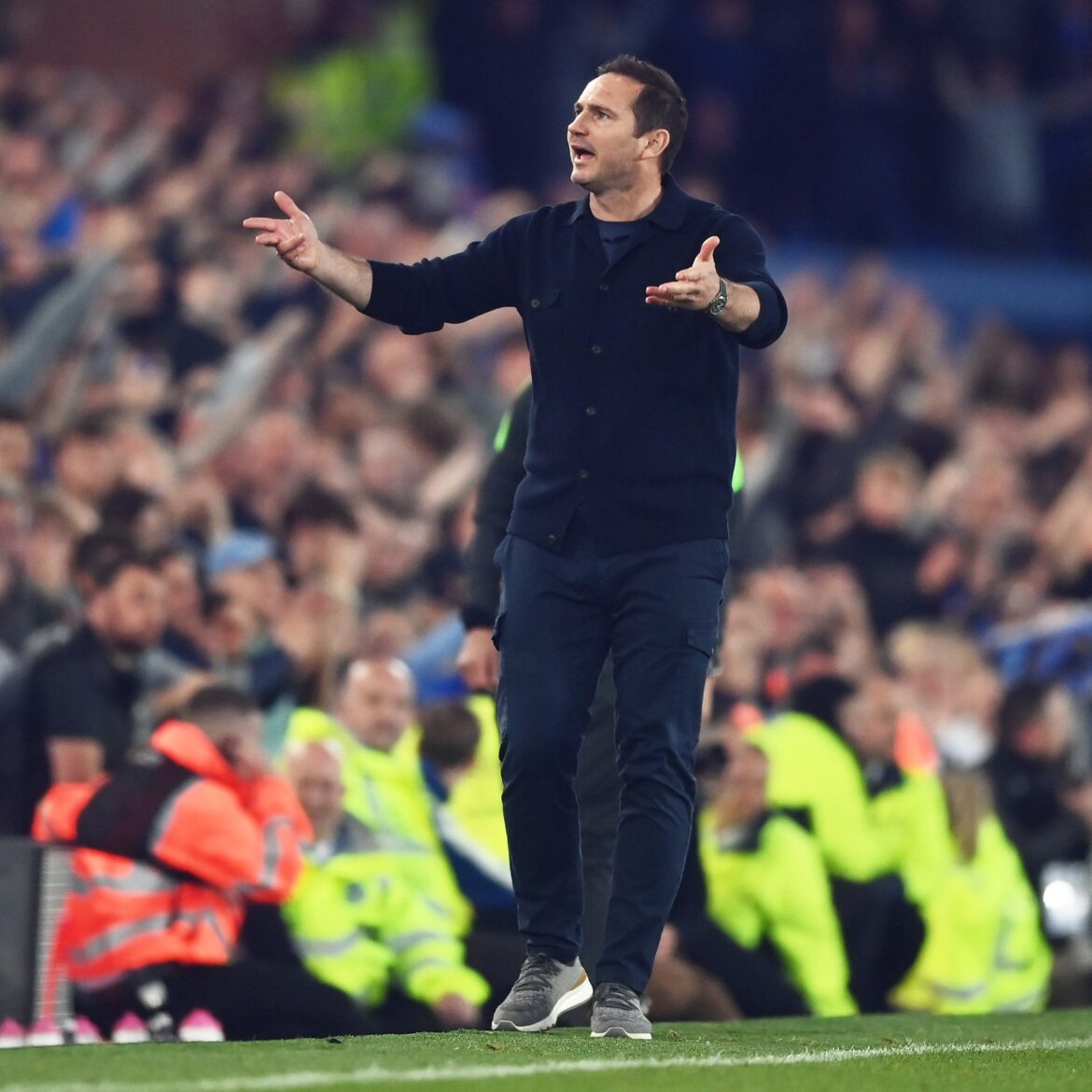 Everton have sealed their Premier League survival after mounting a dramatic second half comeback to claim a 3-2 win over Crystal Palace at Goodison Park in a five-goal thriller.
Frank Lampard’s side looked set to take their fight to avoid relegation all the way through to the final day of the season after first-half goals for Jean-Philippe Mateta and Jordan Ayew left the Toffees unstuck.

But goals from Michael Keane, Richarlison and Dominic Calvert-Lewin after the break delivered a remarkable turnaround to spark wild scenes on Merseyside.
Having been sunk by Mateta’s header and an almost comedy goal by Ayew, the Toffees were left needing a mammoth push after the interval in order to avoid dicing with the drop on Sunday.

Michael Keane got the ball rolling nine minutes into the second half with a chopped flick across the box to earn Everton’s first response, before Richarlison curled a shot home with a quarter-hour left on the clock following a deflection around the penalty area.

But it was Calvert-Lewin’s flying header with injury time fast approaching that finally put the hosts over the top to clip the wings of the Eagles, and the final whistle sparked wild jubilation as the striker was mobbed by delirious supporters in a flare-strafed pitch invasion.
“We always spoke about keeping that belief,” said defender Michael Keane to BBC Sport. “We have come back from 2-0 before. If we got that early goal our fans would take us there.

“Our fans were unbelievable and I’ve never heard anything like it. Pure relief, it has been a hard season but so proud how the club has come together the last six weeks and a platform we need to build on and make sure it never happens again.

“I am buzzing for Dom, it has been a tough period but he has shown his commitment and his quality.

“We know this is something we never want to happen again. But you can’t help but get caught up in the emotion. A special moment.”
This was, rather incredibly, the first time Everton won a Premier League match in which they trailed by at least two goals at half-time, at the 75th attempt.

The Toffees will now be in the top-flight for a 69th consecutive campaign, with only Arsenal currently on a longer run of consecutive seasons.
(Goal)

2Face Idibia: ‘I tattooed names of my 7 children on my arm’