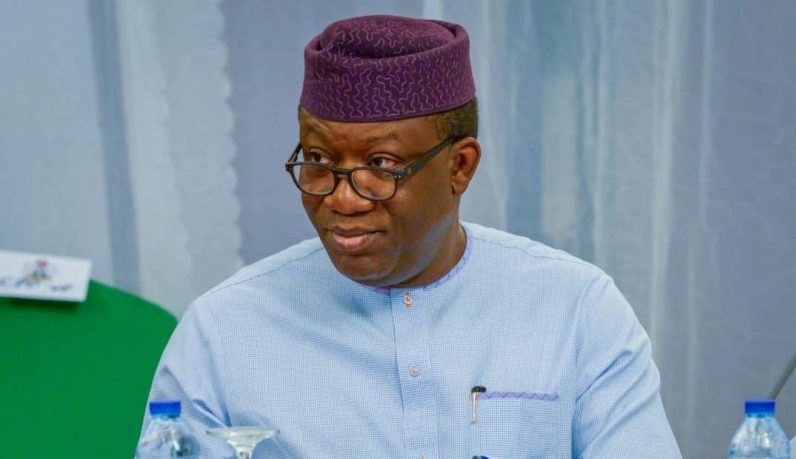 As deadline for party primaries election  gets closer ahead of 2023 general election, a number of presidential aspirants under different political parties stormed Jigawa state to canvass the support of the state delegates.

All the aspirants had spoken and articulated their blue prints for the improvement of Agricultural sector, ight poverty and generate wealth.

They also promised to came up with many initiatives and strategies to tackle security challenges, promote peace unity and progress in the country.

In his speech to APC delegates Governor, Fayemi declared that he is a security expert and if given the mandate he will use his experience to tackle the security challenges and also invest more on improvement of agricultural sector for food security and poverty eradication in Nigeria.

On his part, APC presidential aspirant Senator Abekunle Amoson said he is optimistic that, if the Jigawa arable land is developed and mechanized the state alone can feed Nigeria and the story of poverty will be history.

Amoson promised that if elected he will not disappointed Jigawa and Nigerians as he will operate an all inclusive and open government to make Nigeria a happy and a prosperous country.

While Speaking, the People’s Democratic Party aspirant, Senator Anyim told delegates, that if elected he will as Nigerian president he will develop Hadejia Jama’are Irrigation Scheme and other Fadama areas to make Jigawa one of the major food baskets of Nigeria.

“Dutse airport will be converted to Cargo Airport were meat, livestock, and other agricultural products will be exported to other parts of the world.

“You have the potentiality and I promised to develop it to reality,” Anyim declared

“Every state has specific area of economic comparative advantage, and I will develop it for our maximum benefits.

“Jigawa has vast fertile land, I will promote the use of science and technology among the Jigawa on v his Nigerian farmers for increased profits and strengthen the county’s use food security ” Saraki stated