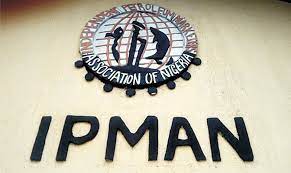 The Independent Petroleum Marketers Association (IPMAN) has threatened to stop lifting fuel if the 40-billion-naira outstanding transport claims are not paid to its members by the Federal Government.

He said the Federal Government through the Ministry of Petroleum Resources is sitting on 40 billion Naira transport claims of its members for the past 11 Months which are yet to be paid despite several appeals and memoirs to that effect.

“It has come to our knowledge that; the only language federal government understands is strike action and we will soon engage in it if nothing is done.

“Initially the claims are paid twice a month, that’s two, two weeks, but now this is the eleventh month without a kobo given to us,” he stated.

According to Kamba, most of his members were made economically poor and unable to lift fuel from deports around the country due to nonpayment of their legitimate claims as agreed by the federal government.

He, however, urged members of the Association to join hands together in respective of their political inclination to fight for statutory rights.

“My comments are under the directives of the headquarters of our Association, which directed its branches nationwide to engage a meeting with stakeholders in their branches with a view to mount pressure on the Federal Government to settle our claims,” Kamba averred.

The transport claims yet to be paid to members of the association were from the month of June 2021 to May 2022, it stands at 40 billion Naira as am talking to you.

“The meeting we are about to hold is a sort of warning strike to the authority concern and the Nigerian public,” Kamba declared.