Menu
Home Opinion Shekarau/Kwankwaso: The Futility of the Fraternity
Opinion

Shekarau/Kwankwaso: The Futility of the Fraternity 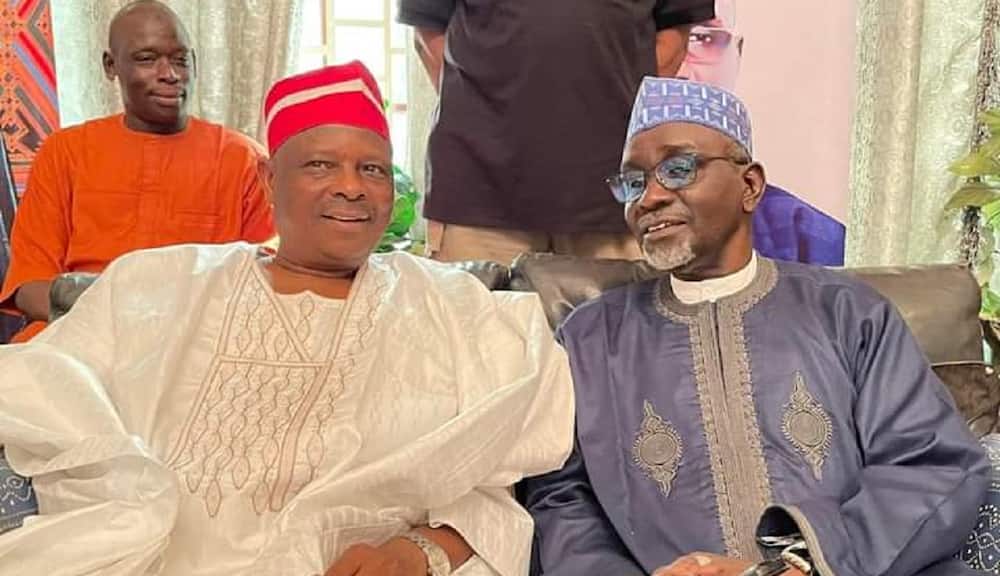 Barring any last-minute change, Sardaunan Kano, Mallam Ibrahim Shekarau is set to defect from the ruling All Progressive Congress, APC, to join Dr. Rabiu Musa Kwankwaso in the New Nigeria People’s Party, NNPP. I know the two reasonably well because one was my teacher and the other was my senior, having come from the same alma mater, GSTS Wudil. Both, are also the former governors of my state, Kano state.

Politically, a conflict-free combination of the two would be a team too difficult to beat. But the question is the viability of actualizing such amiable ambition.

With his Kwankwasiyya movement, which in an interview with the Trust TV, he described as a political movement with a “cult-like followership”, that is increasing its values with time, Kwankwaso is certainly a big force to reckon with, particularly in Kano politics.

As things stand now, Kwankwaso has almost 20 out of the 40-member Kano State House of Assembly, who have teamed up with him at his new party, the NNPP. Without a doubt, this is adding to his sense of self-esteem or political importance.

Since his defection from the PDP to the NNPP, a sequel to the leadership crises in the Kano and North-west chapters of the PDP, over a supremacy battle for the control of the party, his followers have been trooping into the party from all over the country, with the highest influx coming from Kano.

Kwankwaso has raised the status of the little-known party to the status of a party that is poised for real business. This is adding to his sense of self-esteem or political importance.

On the other hand, Mallam Ibrahim Shekarau, Sardaunan Kano, and the Senator representing Kano Central, is one politician with a peculiar history of upsetting the long-held jinx in the gubernatorial elections of Kano state. In 2003, Mallam Ibrahim Shekarau emerged from the blues as an underdog, to beat the powerful incumbent governor of the state, who happened to be the same Dr. Rabiu Musa Kwankwaso.

In furtherance of that political prowess, and contrary to the myth or claim of the curse, that no sitting governor can seek and succeed in getting re-elected in Kano, Mallam Ibrahim Shekarau became the first governor to be re-elected into office in 2007. He won great applause.

Late Abubakar Rimi, the most charismatic governor of Kano state tried and failed. My brother, Arc. Kabiru Ibrahim Gaya tried and failed. Dr. Rabiu Musa Kwankwaso, the governor that made his name as “Mai takalmin Qarfe”, or the caterpillar, because of his hardness and political inflexibility, tried and failed. But Mallam Ibrahim Shekarau came to change the narrative in Kano’s second term jinx.

Between the two of them, they have the combined capacity of controlling the votes and dictating or deciding who becomes what in the state. But the question is that of cohesion.

Because of their past political differences, both have uttered unkind words against one another, such that their followers may continue to hold harsh and antagonistic feelings towards one other.

Even though there is the proverbial saying that in politics, there is no permanent friend or permanent enemy, but permanent interest, and now, both have gotten one in governor Ganduje, some see that as nothing but political rhetoric, as attacks on reputation are hard to mend, because of the ebullience of ego.

Looking at the ease with which Kwankwaso is calling Mallam Ibrahim Shekarau on the phone now, alongside the frequency of visits to his residence at Mundubawa road in recent days, one needs not to be a soothsayer, to say that for Kwankwaso to collapse his political ego, to the level of such rapport, with a hitherto sworn political rival, there must be more than meets the eye.

And this is one political puzzle that could be very puzzling, because of the futility of the fraternity.

His Excellency, the Deputy Governor Nasiru Gawuna is the man that would be on the ballot paper and not Governor Abdullahi Umar Ganduje.

For 8 years, Nasiru Gawuna was the chairman of Nasarawa Local Government under the defunct ANPP, when Mallam Ibrahim Shekarau was the Governor. Also, Nasiru Gawuna was appointed as a commissioner by Dr. Rabiu Musa Kwankwaso in his second coming. So either way, the two former governors are his political Godparents.

What point do they stand to prove by teaming up to beat their political Godson? Even if they succeed, it would rub off on the mightiness of their political powers, because the story in town would be, that it took the combined efforts of the two powerful political gladiators of Kano to defeat their son. That is a plus to Gawuna and a minus to them on the one hand.

On the second hand, if they fail, and I hope they would work with the knowledge that, in Nigeria, election victory is not determined by the strength of supporters, but a silent factor familiar to all of them, and one which none of them has the control of today, they stand the chance of permanently rubbishing their political relevance.

The third and most important impediment is the issue of trust and the sincerity of purpose, which forms the footing of my fear, of the futility of the fraternity.