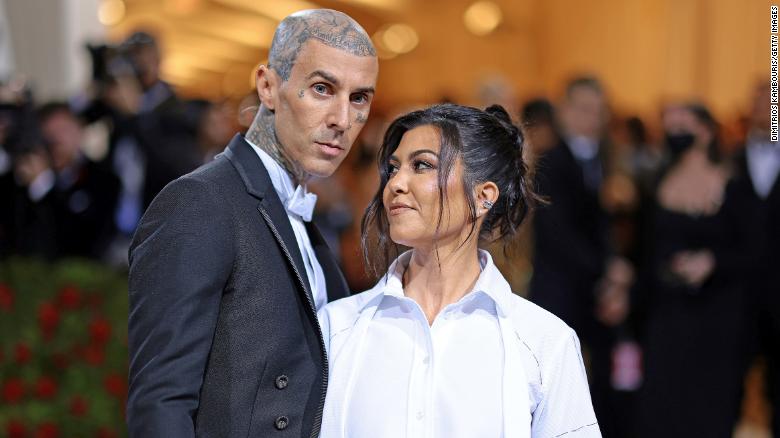 Kourtney Kardashian and Travis Barker are married, for real this time.

The two shared the happy news on their respective Instagram accounts Monday afternoon.
Their posts included a series of black-and-white photos from what appeared to be an intimate occasion and captions that simply read, “Till death do us part.”
The reality star and Poosh founder’s sisters were among those who commented on the news of their nuptials. Kim Kardashian wrote, “KRAVIS FOREVER.”
The marriage comes one month after the couple shared a series of snapshots taken at a Las Vegas wedding chapel, following the Grammy Awards. Kardashian said in the caption on Instagram at the time that they were not legally married because they did not obtain a marriage license.
Kardashian and the Blink-182 drummer announced their engagement in October.

They began dating at the beginning of 2021 after being friends for several years. This is the first marriage for Kardashian, who has three children with her ex-boyfriend Scott Disick. This is Barker’s third marriage.
Their romantic engagement was featured on a recent episode of Kardashian’s Hulu reality show.
(CNN)