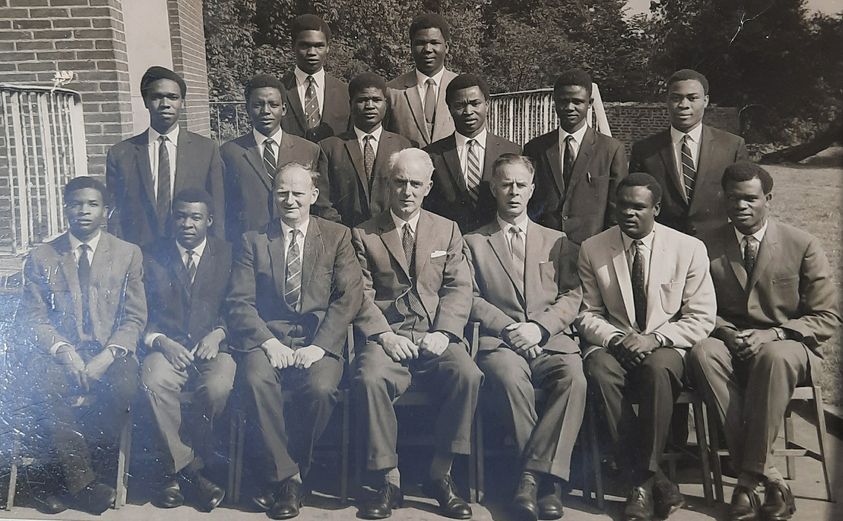 ‘There is no power besides Allah. Allah is power. Man has no right to arrogate such (an) attribute to himself. We are Allah’s servants and at all times must humbly submit ourselves to his will…. The NPC leader is only a servant of God.'”

The Premier did the needful by creating an avenue for clarification. Since Nigeria is multicultural and multi-religious shouldn’t Interfaith dialogue further provide the glue to nourish and keep us together?

It is so glaring that we are continuously drowning and suffocating each other instead of swimming alongside each other in the troubled waters of our national life.

How much did the late Deborah Samuel really know?

While, “Ignoranta legis non excusat” – Ignorance of the law is no excuse, Sir Bello’s press statement was no doubt instructive in providing proper guidance and better elucidation for his teeming followers.

I have carefully listened to the viral audio clip including the background cautionary, “Haba Debo” that sealed the young lady’s fate in Sokoto. Apparently, she crossed a line from the published contents of the said edited clip.

Did her aggrieved schoolmates have the right to carry out a summary judgement on her?

If truth be told, without full investigation neither the provisions of Shariah Law nor that of the Penal Code allow such judicial self-help.

Negative profiling starts from the home, with unprintable utterances by parents against people of other faiths in the presence of our young impressionable children yet we all claim our Abrahamic faiths are a tremendous blessing to mankind encompassing virtues of mercy, grace, love, justice and forgiveness; “Where do we draw the line in a religiously plural society like Nigeria?”

How many non-Christians are aware that it is not only blasphemous but anathema for anyone to, routinely say Jesus Christ isn’t the son of God or assert the Messiah wasn’t crucified and that the Holy Bible is a corruption of the original one?

Such claims deeply hurt the sensibility of any Christian particularly when we are openly referred to as “arna” or even “kafurai”.

How Shariah-compliant were the follow-up demonstrations and destruction that followed recently in Sokoto?

In proposing inter-faith dialogue there is a need to revisit the heated controversy that followed Rtd. Brigadier-General Bitrus Boka Ushe’s nomination as Defence minister in 2012.

Miss Samuel was from Tungan Majajiya in Niger State. The Dukawa have kith and kin in Tungan Tankari in Kebbi State. Meanwhile, Ushe, a Dakarkari hails from Manga Ushe in Kebbi State but those vehemently against his nomination erroneously claimed he was actually from Abba Ushe in Niger State. As the smokescreen contention over the state of origin was contrived to be a convenient camouflage for religiously substrate politics, his name was cowardly dropped by former President Jonathan.

Point being admittedly, inter-Faith dialogue is not as easy as proposed due to recurring mutual recriminations and endless diatribes among Nigerians of different faiths. That challenge is however not insurmountable if there is elite consensus across the board.

The attached photograph is the most recent addition to my modest archives. A 62-year-old picture, it features the Nigeria Police 1960 set of graduands from the West Yorkshire detective school at Wakefield in the United Kingdom. This historical lineup is a metaphor for inter-communal harmony in our nation.

These officers variously became highly instrumental in establishing the security architecture of post-independence Nigeria. Their diversity regardless, there was no doubt, mutual understanding and respect between them – elite consensus.

One can hardly tell them apart beyond them within regulation combed and parted hairlines, woollen blazers, polyester ties and well-polished brogues. Another common denominator was that they were all in their 20s – the same generalized age group as Deborah and her erstwhile schoolmates in Sokoto.

The moral here in overall context is, that while we are all entitled to our diverse biases and different prejudices, perception and optics are very important.

PDP issues quite notice to APC in Jigawa as Lamido, Turaki reconcile